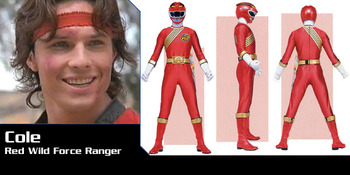 Cole lived in the jungle for all of his life, but when he became of age, he was sent back to Turtle Cove to uncover the truth of his missing parents. Not 24 hours after he arrived, he was drafted by the other Wild Force Rangers, and became the Red Wild Force Ranger. Despite being the last of the first five to be recruited, he was named the leader due to possessing the Red Lion Wild Zord. 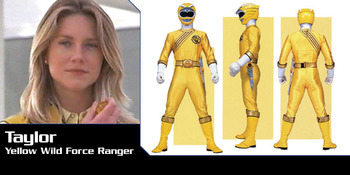 Taylor was a lieutenant air force pilot, but when flying with her squad one day, she discovered the Yellow Eagle Wild Zord flying, leading her to locate the Animarium and meeting Princess Shayla. She became the Yellow Wild Force Ranger, and the first Ranger recruited. While initially the leader of the team, she was forced to step down after Cole arrived. 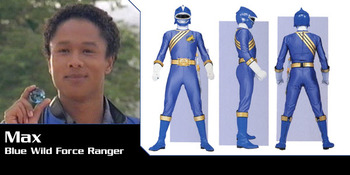 Max was an upcoming professional bowler, but one night, he protected a woman from an Org attack. This made him worthy in the eyes of Blue Shark Wild Zord, and he became the Blue Wild Force Ranger, the third Ranger to be recruited. 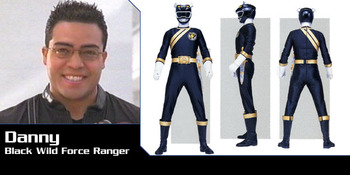 Danny worked at a flower shop, before being the fourth Ranger to be recruited. He became the Black Wild Force Ranger, with his totem Zord being the Black Bison Wild Zord. 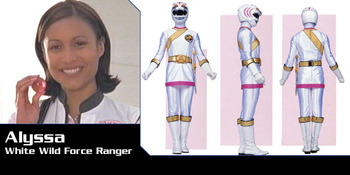 Alyssa trained in martial arts under her father from a young age, only to leave for Turtle Cove when she went for University. She was the second Ranger to be recruited, became the White Wild Force Ranger, and received the White Tiger Wild Zord as her totem Zord. 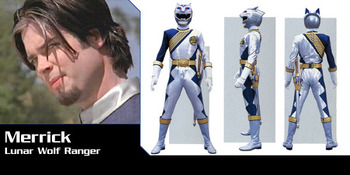 3,000 years ago, after Animus fell against Master Org, Merrick stole the legendary wolf mask and three Wild Zords from Nayzor, and used them to defeat Master Org. However, he did not remove the mask in time and was transformed into the Duke Org Zen-Aku, only for him to be sealed by the five original guardians before he caused trouble.

In the present, Nayzor released Zen-Aku, with no memory of him being Merrick. However, the Rangers freed Merrick from the wolf mask's curse, and he joined them as the Lunar Wolf Ranger. 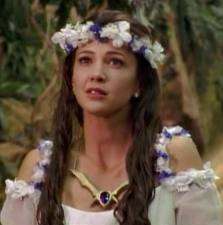 The Princess of the Animarium. She went into a deep sleep during the battle of the Orgs 3000 years ago. When the Orgs reawoke, she woke up in response and recruited five young adults to help her.

A god-like Megazord and the direct ancestor to the Wild Force Megazord. He aided the Rangers mostly in spirit form as he lost his previous one due to falling at the hands of Master Org. However, he would be reincarnated into a young boy named Kite after four of the Rangers unlocked the Falcon Wild Zord.

After the Machine Empire Generals found Serpentera, Power Ranger Veteran Tommy assembled a team of Red Rangers to help in ridding the Empire once and for all. 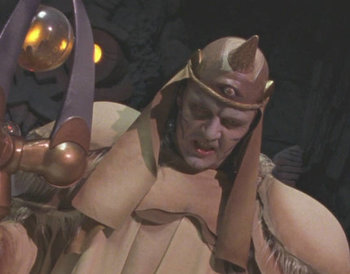 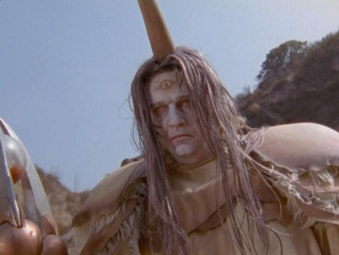 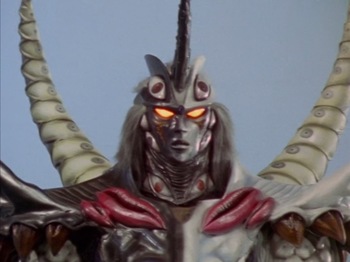 The ruler of the Orgs, who wants to pollute the Earth and have the Orgs rule the world. 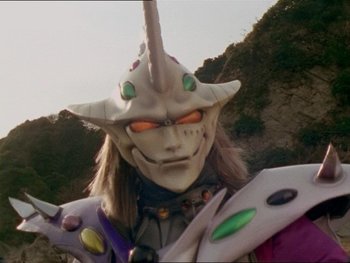 Voiced by: Gabriel Ortiz (Latin American Spanish)
The Duke of Orgs and the Master of Blades. 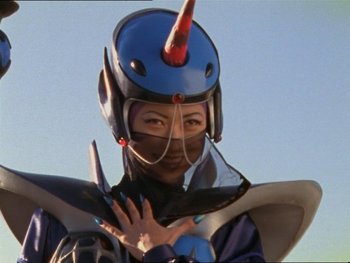 Voiced by: Adriana Casas (Latin American Spanish)
The Duchess of Orgs and the Mistress of Magic, capable of reviving and growing fallen Orgs. 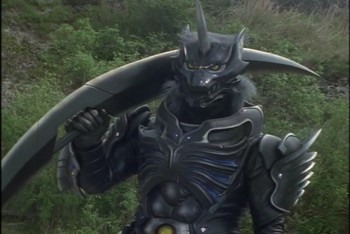 Voiced by: Rubén Moya and Paco Mauri (Latin American Spanish)
A Wolf Duke Org that was sealed for 3000 years ago, only to be released by Nayzor. 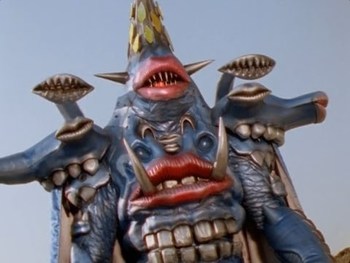 The original Master Org who fell 3,000 years ago. 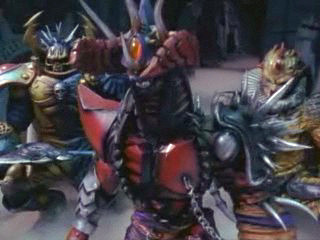 During the 31st century, Ransik discovered three sealed Orgs that were imprisoned for 4000 years. They borrowed some of Ransik's DNA and became Mut-Orgs. They would later travel to 2002 to overtake a nearby power plant and unleashing a wave of nuclear pollution on Earth.

Voiced by: Archie Kao (General Venjix)
Voiced by: Walter Emanuel Jones (Gerrok)
Voiced by: Catherine Sutherland (Tezzla)
Voiced by: Scott Page-Pagter (Steelon)
Voiced by: Dave Walsh (Automon)
While King Mondo and the Royal House of Gadgetry were destroyed during the events of Countdown to Destruction, a small fraction of his army survived led by General Venjix. He, and four other generals, lead the remaining Cogs in unearthing Lord Zedd's discarded Serpentara warzord.
Higher Orgs

Voiced by: Michael Sorich
An eye-themed General Org and bodyguard to the original Master Org.

Voiced by: Steve Kramer
A turbine themed org, and the first org along with Plug Org that was seen in the present.

Voiced by: Tom Wyner
A plug themed org, and the first org along with Turbine Org that was seen in the present.

Voiced by: Derek Stephen Prince
A tire themed org that was sent to capture Princess Shayla.

Voiced by: Billy Forester
A freezer themed org that Jindrax and Toxica summoned to help out Duke Org Retinax.

Voiced by: Kirk Thornton
A bike-themed org, and the first org Taylor fought against. After being sealed off for a year, Zen-Aku released him, upgrading him into the Motorcycle Org.

Voiced by: Peggy O'Neal
A wedding dress themed org that kidnapped brides and turned them into mannequins.