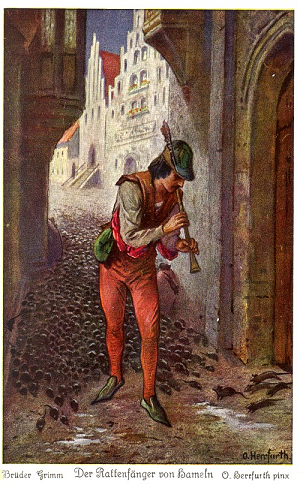 A character that is notable for having a flute or some other kind of wind instrument, playing tunes with it that give a feeling of mystery or magic, and for being quite mysterious themselves. Bonus points if this character is a representation of nature or has the power of mind control, summoning, or teleportation. The flute itself might be an Instrument of Murder, and the flutist might be a Musical Assassin, but not always.