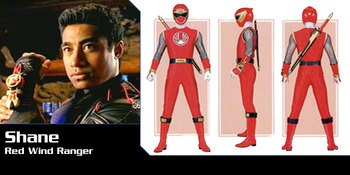 Not another clone story! Didn't we already do this?

Shane was a student at the Ninja Academy, but because he and his friends were late helping a couple with their car, they escaped Lothor's invasion and getting captured. Due to his affinity with wind, he received the Red Wind Ranger powers. 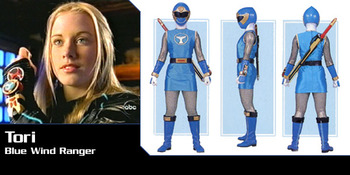 Tori was a student at the Ninja Academy, but because she and her friends were late helping a couple with their car, they escaped Lothor's invasion and getting captured. Due to her affinity with water, she received the Blue Wind Ranger powers. 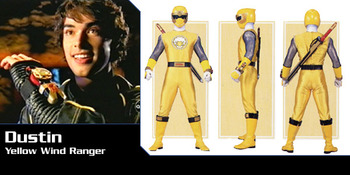 Well, I guess no-one's laughing at the comic book geek now, ARE they?

Dustin was a student at the Ninja Academy, but because he and his friends were late helping a couple with their car, they escaped Lothor's invasion and getting captured. Due to his affinity with earth, she received the Yellow Wind Ranger powers. 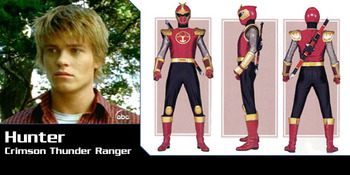 I know my parents are gone, but I still miss them. And those students up on Lothor's ship? Someone misses them, too.

During Lothor's invasion at the Thunder Academy, Hunter received the Crimson Thunder Ranger morpher from his sensei before his capture. While initially antagonistic towards the Wind Rangers, he, and his brother Blake, joined them after their rivalry finally ended. 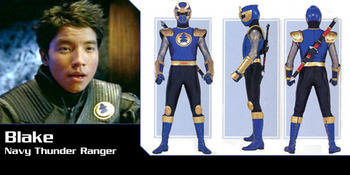 Yo, Zurgane! What up, dawg?

During Lothor's invasion at the Thunder Academy, Blake received the Navy Thunder Ranger morpher from his sensei before his capture. While initially antagonistic towards the Wind Rangers, he, and his brother Hunter, joined them after their rivalry finally ended. 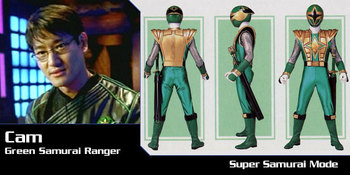 Sensei: You have your mother's courageous heart...and your father's stubborn head.

Cam was the son of Sensei Watanabe, and the creator of the Wind Ranger's powers and zords. While he strongly desired to join the Rangers in the battlefield, his father forbade him due to a promise by his late mother. However, after certain events led him to inherit his mother's Samurai Amulet, he was finally able to join the Rangers as the Green Samurai Ranger. 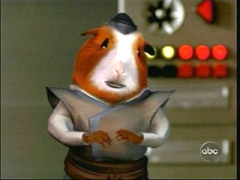 Those who fail to install cable in time for the science-fiction marathon will feel the wrath of the angry guinea pig.

The head master of the Wind Academy and the father to Cam. During Lothor's first attack, he was turned into a guinea pig due to their attacks clashing. 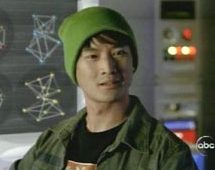 A holographic version of the original Cam that served as the new mission control after the latter became the Green Ranger.

The other students of the academy, they are defeated and taken prisoner by Lothor at the beginning of the series.

The owner of an extreme sports store where Dustin works and his teammates hang out. 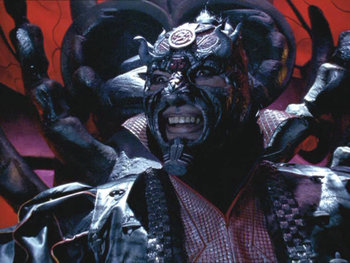 The next person who uses a made-up word has to put a dollar in the made-up-word jar!

A ninja and alien conqueror who was banished from Earth but has returned to seek his revenge with his army of dark ninjas. His less-than-serious, chatty, and irreverent demeanor hides the fact that Lothor is a ferociously powerful warrior, armed with dangerous dark ninja magic and unrivaled hand-to-hand combat skills. He is introduced assaulting Wind Ninja Academy, and capturing all but three of its students, who now act as a thorn on his side as the Wind Rangers, later joined by the Thunder Rangers he initially decieved into helping him, and one more, whose journey inadvertedly reveals his past.

Years ago, a Wind Academy student named Kiya wanted to steal a pendant from another student, only for his brother Kanoi and a young man, Cam, to stop him. As punishment, he was stripped of his rank, and exiled into space. Years later, Kiya would return, now under the name Lothor, and capture his brother's students before setting his sights against the Wind Rangers. 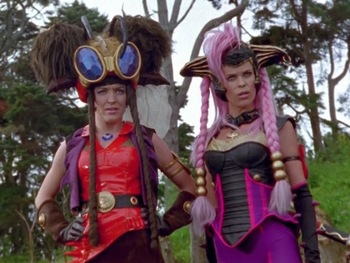 Lothor: "Take your nieces for the summer," they told me. "They won't be any trouble," they said. 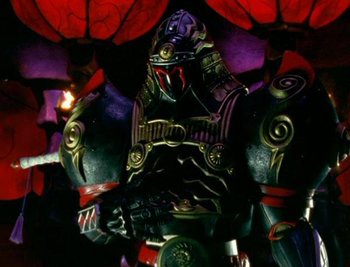 Will there never be a day that is marked for victory? Will I always have to suffer at the hands of the Power Rangers? Tell me, when will it end?

A kabuki robot and Lothor's main general. He's one of the few serious villains, and often has to keep his boss and his fellow generals on-track when it comes to battling the Rangers. He would fight the Rangers on his own on both the ground, and in the Megazord battles with his own series of Zords. 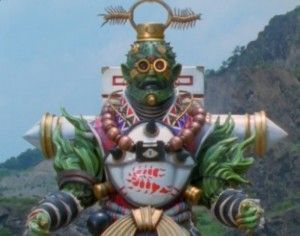 Lothor's green-skinned lieutenant. The Butt-Monkey of Lothor's army, not particularly bright but with a lot of strength. 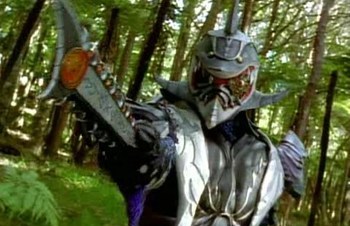 I don't have time to waste with an over-the-hill ninja warlord.

A shark themed bounty hunter, Vexacus originally came to Earth to hunt for Skyla and take her powers. However, after Shane gained them, he joined Lothor's forces as the head general, although he himself had plans to take the latter out for his own goals. 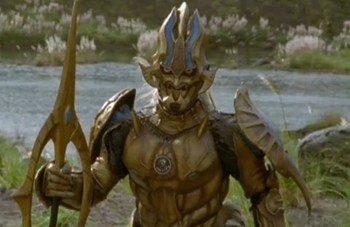 Shimazu: In my day, a general had to earn his rank!
Motodrone: In your day, they fought with wooden sticks and horses.

Perry was a motorcycle mechanic that, in a freak accident, became Motodrone, a mutant mechanical entity. While Hunter was able to save Perry from his alternate personality, Zurgane took the scrapped parts and rebuilt Motodrone into a new general. 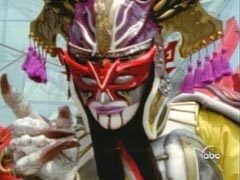 You have a lot to learn, warrior. You can start with respecting your elders!

An ancient warlord that attacked the local village 2,000 years ago, he was accidentally awakened during a battle between the Green Ranger and Motodrone, and immediately joined Lothor's forces.

Voiced By: John Leigh
A snail-themed monster that Choobo used as part of his ploy to destroy both the Wind and Thunder Rangers.

Voiced By: Mark Wright
A robotic boxing kangaroo monster with a roulette wheel on his chest.

Voiced By: Dallas Barnett
A bull and eye-themed monster that looks like he has a miniature city on top of his head.

Voiced By: Dene Young
A mosquito and mouth-themed monster.

Voiced By: ???
A skyscraper-themed amoeba monster.

Voiced By: ???
An octopus monster.

Voiced By: Penny Ashton
A magician-like perfume and hand-themed alien monster sent by Zurgane to create perfume out of humans.

Voiced By: Michael Hurst
A drum-like monster that was accidentally summoned by a kid with a CB Radio.

Voiced By: ??
A robotic mushroom monster.

A trio of werewolf-like monsters.

Voiced By: ??
A nose-inspired clown monster.

Voiced By: Dene Young
An ear and balloon-themed monster.

Voiced By: ??
A female ocelot-themed monster that appeared along with the other monsters that escaped the Abyss of Evil.

Voiced By: ??
A Chinese dragon-themed monster that appeared along with the other monsters that escaped the Abyss of Evil.
Evil Zords

The first evil zord Zurgane piloted against the Rangers.

The second evil zord Zurgane piloted against the Rangers.

The third evil zord Zurgane piloted against the Rangers.

The fourth and final evil zord Zurgane piloted against the Rangers.