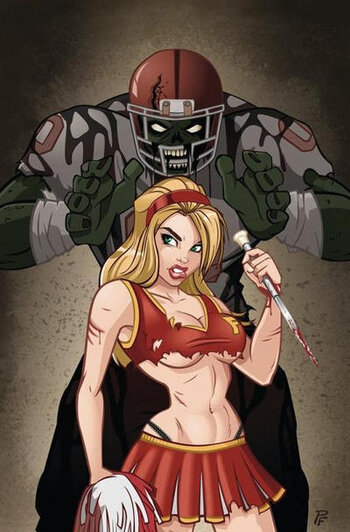 Majorette and cheerleader batons aren't designed for combat, but in fiction they can be turned into an Improvised Weapon. They could be used as a blunt weapon, or maybe as a Magic Wand of some sort. This trope is about any instances when majorette/cheerleader batons are used in battle.

Compare Magic Wand, Batter Up!, Simple Staff, and Spectacular Spinning. See also Frills of Justice. Not to be confused with Lawman Baton.