This page is for listing the tropes related to party members who first appeared in the second Mass Effect game. Specifically, the early half of the game and DLC. 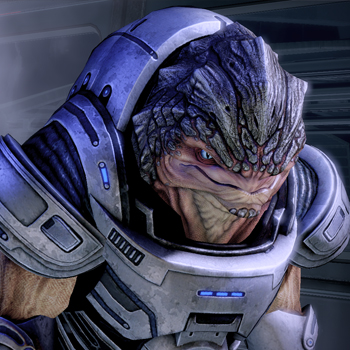 I am pure krogan; you should be in awe.
"Grunt is... not a stabilizing element, Commander."
—Joker's description
Voiced by: Steve Blum

A young lab-grown krogan with a violent attitude who believes that might makes right. 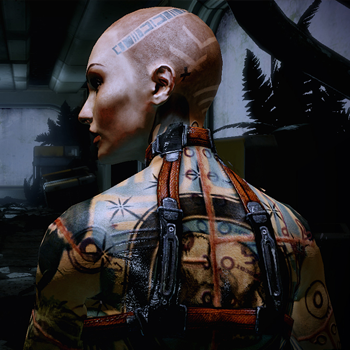 Turns out, mess with someone's head enough and you can turn a scared little kid into an all-powerful bitch.
"I'm not saying anything about Jack. I'm not stupid."
—Joker's description
Voiced by: Courtenay Taylor

A powerful and unstable human biotic with a chequered past. Formerly a biotics test experiment of Cerberus. She is a romance option for a male Shepard. 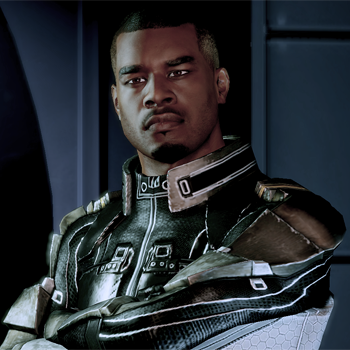 Somebody's got to take down the bad guys. Cerberus keeps that line, I'm on their side.
"Jacob is way too nice a guy for the number of ways he knows how to kill people."
—Joker's description
Voiced by: Adam Lazarre-White

A biotic and former marine who joined Cerberus to protect humanity, although he dislikes their extreme methods. He first appeared as the protagonist of the iPhone game Mass Effect Galaxy. He is a romance option for a female Shepard. 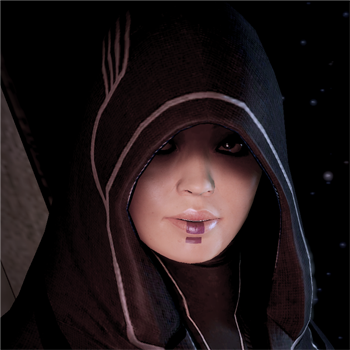 I'm the best thief in the galaxy, not the most famous. Need to watch my step to keep it that way.
"I like Kasumi, but why do I feel like I need to check the Citadel for parts she may have pawned?"
—Joker's description
Voiced by: Kym Lane (credited as Kym Hoy)

A Classy Cat-Burglar who is available in the Kasumi - Stolen Memory DLC pack for Xbox 360 & PC, and included on disc for PlayStation 3. She is so skilled that few are aware that she even exists. 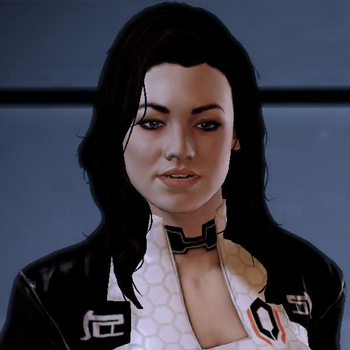 I have every respect for your abilities, Shepard. It's your motivations that concern me.
"I would never say anything against Miranda. And expect to survive the reprisal."
—Joker's description
Voiced by: Yvonne Strahovski

A human biotic and tech specialist, "born" on Earth. She eventually ran from her demanding father, who genetically engineered her for perfection, and joined Cerberus, who won her loyalty by offering her protection. She became the director of the "Lazarus Project", tasked with resurrecting Shepard after the Commander's death. She is a romance option for a male Shepard. 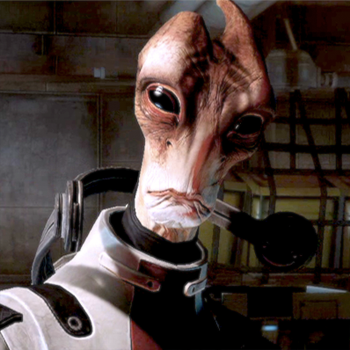 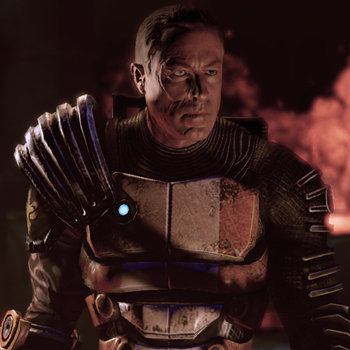 A stubborn enough person can survive just about anything. Rage is a hell of an anesthetic...
"Zaeed is like you, but takes checks. As long as it's not my money, we're good."
—Joker's description
Voiced by: Robin Sachs

A character who is only available through the Cerberus Network Downloadable Content content, free with every new copy of the game. He is the best bounty hunter in the galaxy and has been hired to help Shepard.

The two secret party members have gotten their own page. Don't go there unless you don't care about spoilers. To find it, go to this page. 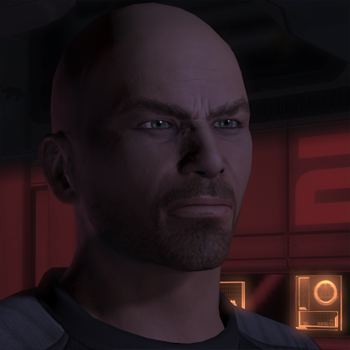 Don't get too attached.
"Miranda? But you're..."
Voiced by: Steve Blum

One of the Cerberus medical officers working on the Lazarus Project. After everything goes to hell, he helps you out after you heal him. When you finally meet up with Miranda, she guns him down for being the traitor who caused this mess in the first place, thus continuing the Bioware tradition of early game sacrificial party members.