This page is for listing the tropes related the Party Members in Mass Effect: Andromeda.

"I believed in a new beginning. Still do. I have to. We're in it."
Voiced by: Gary Carr

The Tempest's Crisis Response specialist. A former police officer who arrives in Andromeda aboard the Hyperion, Liam is part of the Pathfinder team and helps with security. He is a romance option for a female Ryder.

"When your biotics are honed into huntress-grade weapons... people can be weird about it."
Voiced by: Jules de Jongh

The second-in-command of the human Pathfinder team. Cora is a former Alliance officer, a human biotic, and an ally of Ryder. Her biotics are exceptionally strong for a human, so the Alliance arranged for her to receive asari huntress training so she could better control them. She is a romance option for a male Ryder. 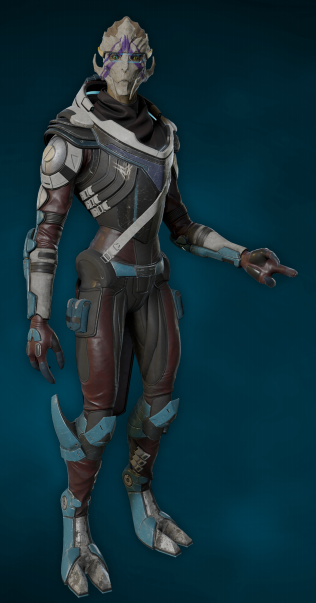 A female turian drifter and mercenary, and a member of the Andromeda Initiative. Vetra was an experienced smuggler and mercenary back in the Milky Way and she uses those skills to aid the Initiative. She is a romance option for a Ryder of either gender. 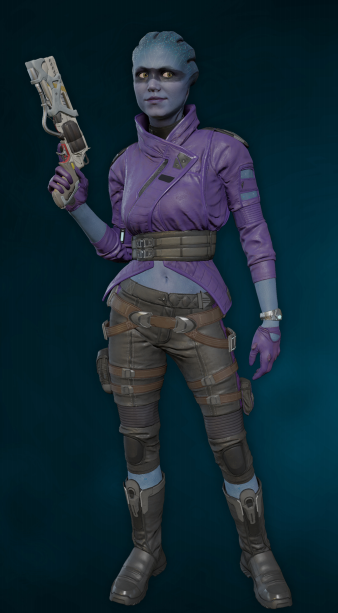 "The Milky Way was so... been-there-done-that. Even if I hadn't done it, someone had."
Voiced by: Christine Lakin

An asari who came to Andromeda aboard the Nexus, Peebee is an adventurer who quickly set off on her own after the Nexus' arrival in order to study alien technologies. Her role is to help Ryder find out more about these technologies. She is a romance option for a Ryder of either gender. 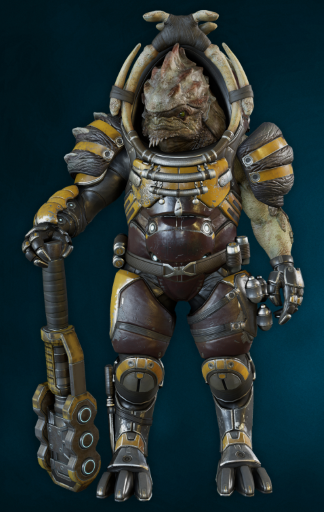 "Do you have any idea how many humans I've watched die? You're meat. You spoil."
Voiced by: Stanley Townsend

A krogan ally of Ryder who joined his clan, Clan Nakmor, on the voyage to Andromeda. Drack is a krogan who has spent over 1,400 years fighting as a soldier, a mercenary, and a pirate. He joined with the Andromeda Initiative in order to remain with his clan and because the Andromeda galaxy presented to him an opportunity to find new things to shoot. He's also the grandfather of Nakmor Kesh, the Nexus Superintendent for the Andromeda Initiative. 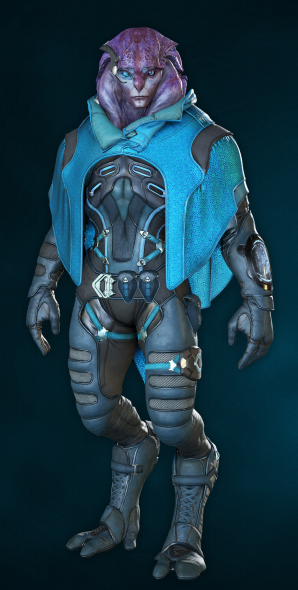 A lieutenant in the Angara Resistance, Jaal comes from a famous family and joins Ryder to find a place for himself in the world. He is a romance option for a Ryder of either gender.