This page is for listing the tropes related to the kett individuals in Mass Effect: Andromeda

For tropes relating to the kett race as a whole, see the Andromeda Race Tropes page.

open/close all folders
The Archon 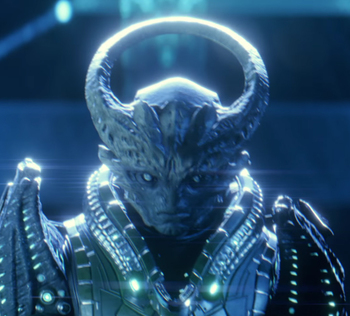 "No more mercy. Kill them all!"
Voiced by: Robert Kazinsky

The commander of the kett invasion of the Heleus Cluster who has an obsession with the Remnant, which he believes is the key to victory and a source of great power. 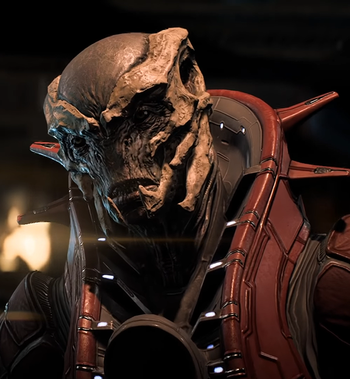 "The Purge has only just begun."

The Archon's second in command. She has concerns that the Archon's obsession with the Remnant is impeding the kett annexation of the Heleus Cluster. 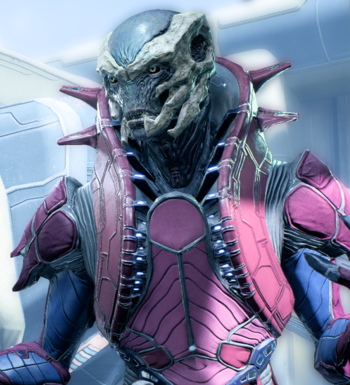 "This is a gift! Who are you to deny it?"
A high ranking leader in the kett religion who serves under the Archon. 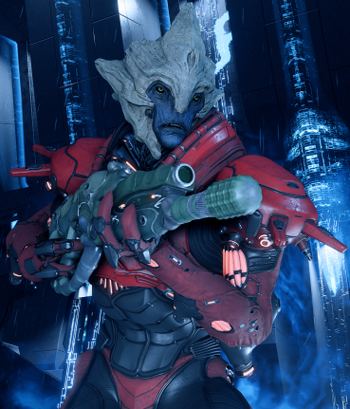 "The Archon wants that one. Destroy the rest."

A high ranking kett soldier serving under the Archon. 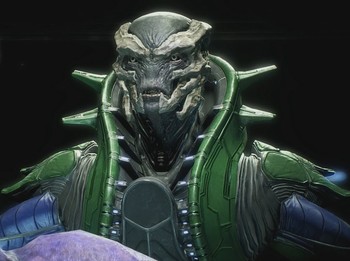 "None escape the Decimation's reach!"

A high ranking kett Ascendant and leader of the Decimation Hunters. He's encountered while hunting down the Leusinia to retrieve stolen Kett data. 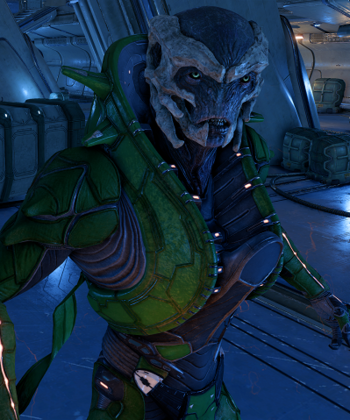 "Your presence is not a threat. I will test you and then discard."
The commander of the kett on Eos. He is responsible for the destruction of the second outpost the Initiative established on the world.
Behemoth 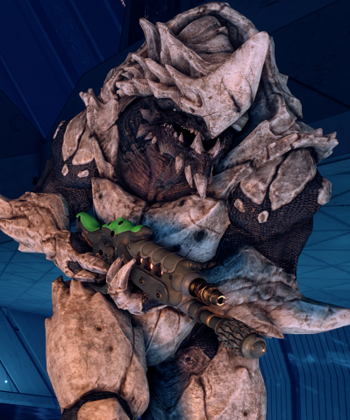 A type of kett first encountered aboard the Archon's flagship during Ryder's mission to retrieve information about Meridian.