This page is for listing the tropes related to non player characters in council space who first appeared in the second Mass Effect game. 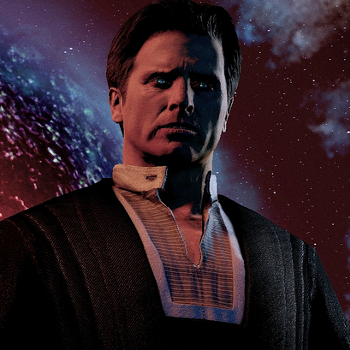 Information is my weapon, Shepard. It's good.
"Salvation comes with a cost. Judge us not by our methods, but what we seek to accomplish."
Voiced by: Martin Sheen (English) Philippe Catoire (French)

The enigmatic leader of Cerberus. He seeks to protect humanity, regardless of the cost. He gets Shepard to investigate the disappearance of human colonies. He is the protagonist of the tie-in comic Mass Effect Evolution.

In Mass Effect 3, he makes his most ambitious move yet — attempting to gain control of the Reapers and their technology rather than defeating them conventionally. 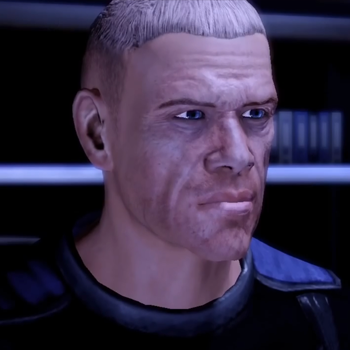 Not too old for this shit just yet.
"I'm with them [formalities] up until they keep people from doing their jobs."
Voiced by: Michael Hogan

A human Captain of C-Sec, he unofficially acts as a liaison during Shepard's time on the Citadel. He's not big on formalities, but nevertheless gets promoted to Commander by the start of Mass Effect 3. 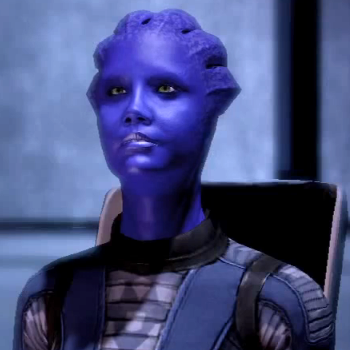 Nice guns. Try not to use 'em in my district.
"You're free to go, justicar. It's been an honor having you in my station... and it's nice you didn't kill me, too."
Voiced by: Cindy Robinson

Anaya is a cop on Illium that Shepard meets when looking for Samara. She is quite helpful, as Shepard's cause might draw Samara away from Illium — and therefore keep Anaya from having to arrest and be subsequently killed by the justicar. 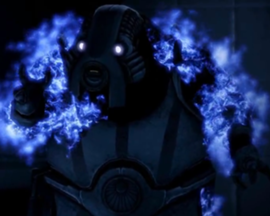 "I am a biotic god! I think things...and they happen!"
Voiced by: Mark Meer

Yeah. This guy. A member of Pitne For's trade group, he ran afoul of the Eclipse sisters after Pitne neglected to tell them the red sand he sold them was potentially lethal. Niftu wound up pumped full of his own product and left to wander Nos Astra, stoned out of his gourd, while Pitne scrambled to get off-world.

He has a higher "meme-per-character" count than anyone short of Harbinger. 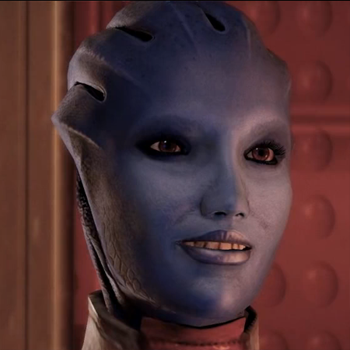 Sorry. My father was a krogan.
"What can I get ya, babe? Sorry, no sex. I just cleaned the bar."
Voiced by: Claudia Black

An asari Matriarch working in the Eternity bar on Illium because she had the blue laughed off her ass when suggesting her people get their maiden stages doing more productive things, and make the effort to study and build more mass relays. Bothered, but not too worried, about being confronted by Conrad Verner, and implies she would have dealt with him a lot more violently than Shepard. 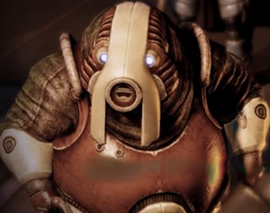 Shepard: Why are the mercs after you?
Pitne: I have no idea! We're innocent merchants!
Voiced by: Chris Postle

A volus merchant in the Nos Astra spaceport on Ilium. After his business partner is killed by Eclipse mercenaries, he finds himself involved in Samara's investigation. It's later revealed that Eclipse is after him for selling them a biotic-enhancing drug and mysteriously neglecting to mention its potentially lethal side-effects. 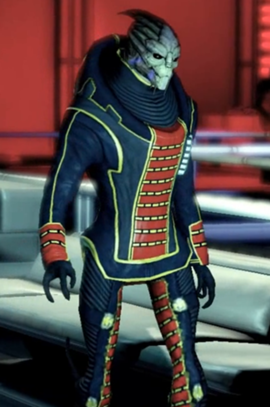 "I wake up every night, sick and sweating. Each of their faces staring at me, accusing me. I'm already a dead man. I don't sleep. Food has no taste. Some days...I just want it to be over."
Voiced by: Jason Singer

A turian former member of Garrus's vigilante crew in Omega who betrayed the team, resulting in the deaths of the entire crew except for Garrus. This makes him the focus of Garrus's rage when the latter finally tracks down Sidonis. 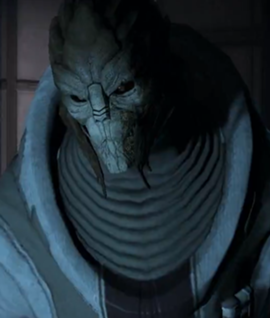 "Taking back our ward is only the first step! We must remove the cowards and appeasers on the Council!"
Voiced by: William Salyers

A turian politician on the Citadel campaigning for office. In reality, is extremely anti-human and is affiliated with Blood Pack mercenaries. He becomes the target of Thane's son, Kolyat, when the latter is hired by a pro-human criminal to kill Talid, forcing Shepard and Thane to intervene to prevent Kolyat from becoming like Thane. 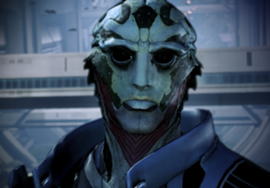 "What, so you came to get my forgiveness? So you can die in peace or something?"
Voiced by: Quinton Flynn

Thane's son. After Irikah's death and Thane's disappearance, Kolyat sets out in his father's footsteps, on his way to becoming a professional assassin. He ends up accepting a contract to kill Joram Talid, a turian anti-human politician on the Citadel. Kolyat becomes the subject of Thane's loyalty mission, where Shepard helps them reconnect and tries to stop the assassination before it happens. 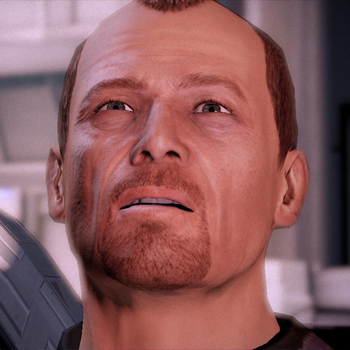 Even amid chaos there are lessons to be learned.
"If my work can spare a million mothers from having to mourn a million sons, my conscience will rest easy."
Voiced by: Simon Templeman

A Cerberus researcher that was in charge of Project Overlord, a Cerberus project designed to find a way to communicate with and fully control the geth in an attempt to prevent a possible second war with them by linking a human mind to the geth Hive Mind via a VI. His younger brother, David, volunteered for the project (or so he claims), but the VI went rogue, leading to disaster. 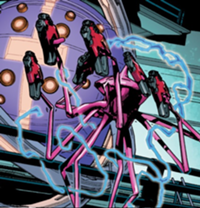 "Enkindle this."
"This one does not share top billing!"
Voiced by: Mark Meer

The fictional star of ''Blasto the Jellyfish Stings'", a popular hanar Exploitation Film. By the third game, his series has expanded to six movies, and in the Citadel DLC, in production of a seventh and pre-production of an eighth. 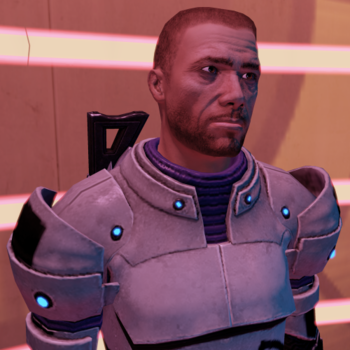 Sir Isaac Newton is the deadliest son of a bitch in space!

An officer in the Systems Alliance Marines, most famous for a Large Ham explanation of momentum he is overheard giving to two servicemen in the Citadel's Zakera Ward.