This page is for listing the tropes related to Ryder, the protagonist of Mass Effect: Andromeda. 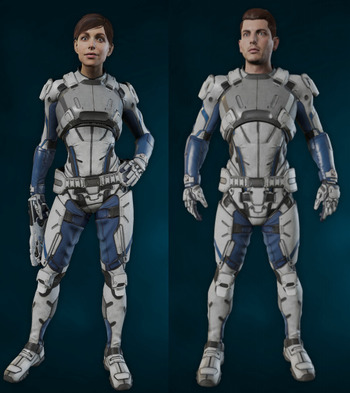 "We made it."
Voiced by: Fryda Wolff (Female/Sara Ryder), Tom Taylorson (Male/Scott Ryder)

The Player Character of Mass Effect: Andromeda. Ryder is a Pathfinder, tasked with heading explorations into the Andromeda Galaxy. You play as one of the two twin Ryder siblings, Scott and Sara.

I'll let you get back to it.