This page is for listing the tropes related to characters from the native angara race in Mass Effect: Andromeda.

For tropes relating to the angara race as a whole, see the Andromeda Race Tropes page. 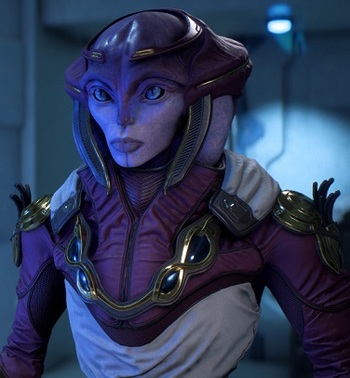 "Stars and skies light our way!"
The angara's foremost expert on the Remnant and Jaal's mentor.
Paaran Shie 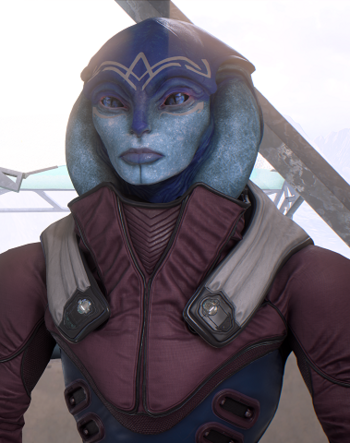 "We've been alone against the kett for too long. You've proven it doesn't have to be that way."
The governor of Aya. 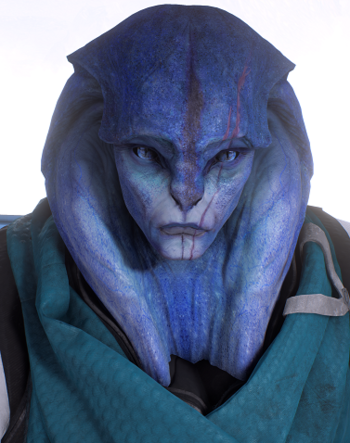 "Your war is different from ours."
The leader of the Angaran Resistance.
Sahuna

Jaal's true (meaning biological) mother and a member of the Resistance. She appears to be very affectionate towards her son and is very happy to meet Ryder.

A group of angaran anti-alien fanatics, formed by Akksul. Named after a legendary set of angaran warriors, they're determined to do anything to drive those filthy aliens from their shores. 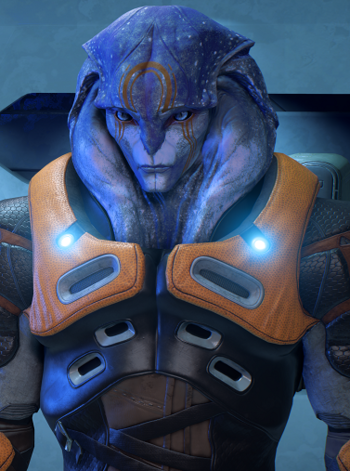 "I speak for our people! And I say you're done in Heleus."
The founder of the Roekaar who believes the Milky Way aliens will weaken and crush the angara, seeking to turn opinion against them.
Taavos

A Roekaar on Havarl, who Ryder encounters in their quest to save the planet's ecosystem. 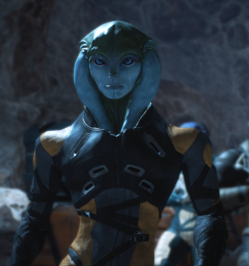 "Invaders and sympathizers are not innocent. I will protect my home."

A Roekaar leader on Kadara. 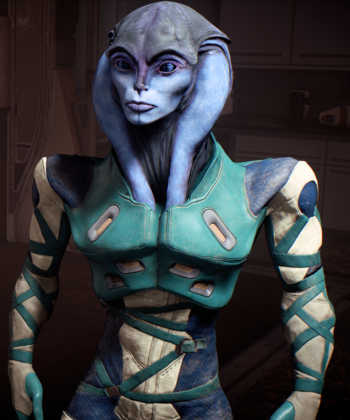 A merchant on the planet Elaaden, and the only person who can reliably sell water, making her de facto ruler of the planet. 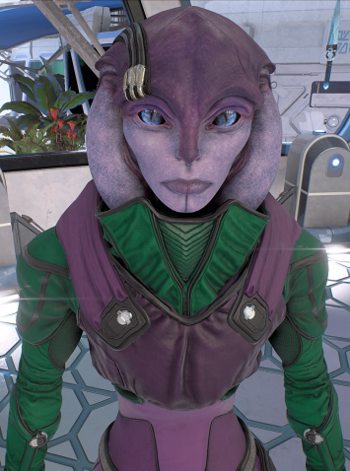 An angaran archivist. She is a romance option for a male Ryder. 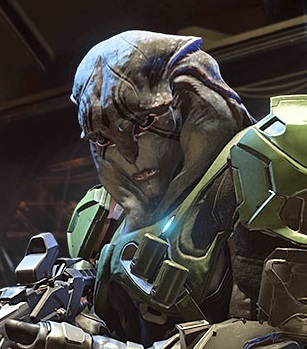 The angara leader of a raider band of slavers and scavengers. He kidnapped one of Liam's friends. 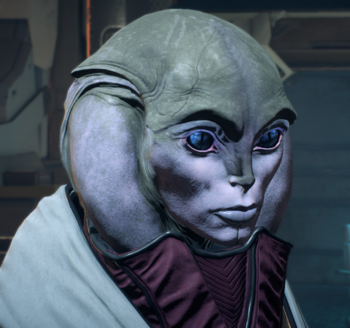 An angaran living on Kadara, Keema is a longtime acquaintance of Reyes Vidal (known to the Resistance as the informant Shena), and is implied to be the primary go between between him and Evfra. In secret, she is a high ranking member of the Collective, serving as a legitimate front for the organization while it's true leader rules from the shadows.