This page is for listing the tropes related to Non-Player Characters serving as the crew of Ryder's flagship, the Tempest, in Mass Effect: Andromeda. 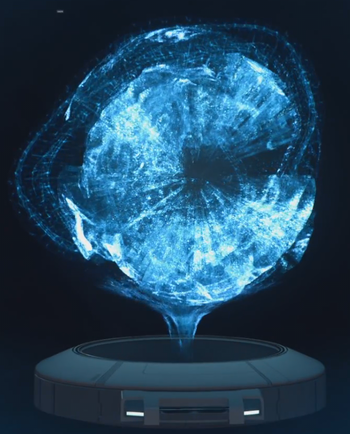 Short for Simulative Adaptive Matrix. An AI created by Alec Ryder who is permanently connected to all members of Ryder's Pathfinder team. 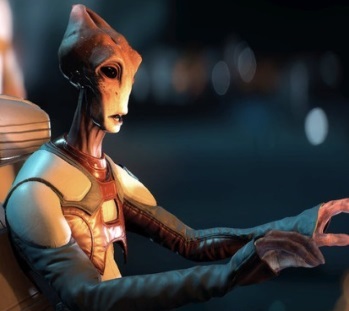 The salarian pilot of the Tempest. He was one of the engineers who helped design the Tempest and the only member of the team who went to Andromeda. 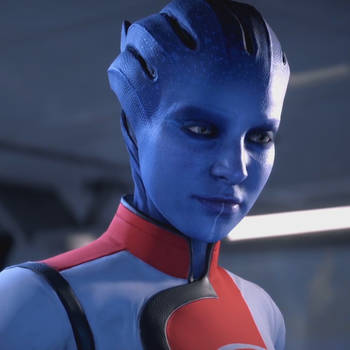 Voiced by: Natalie Dormer
The asari doctor of the Tempest. Lexi was born on Omega and her parents gave everything to ensure that she could become a doctor and live a better life than they did. Lexi is one of the best experts on alien biology in the Initiative, which led to her being the only non-human assigned to the Hyperion, and later to her assignment to the Tempest. 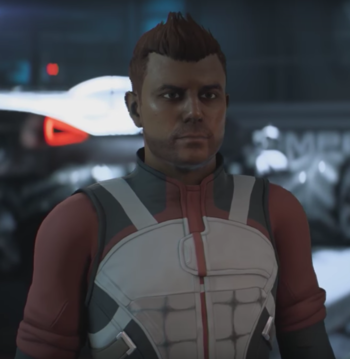 The human chief engineer of the Tempest. Gil is from one of Earth's megacities, although he is otherwise reluctant to discuss his past or personal life. He came to Andromeda alongside his best and only friend, Jill. He is a romance option for a male Ryder. 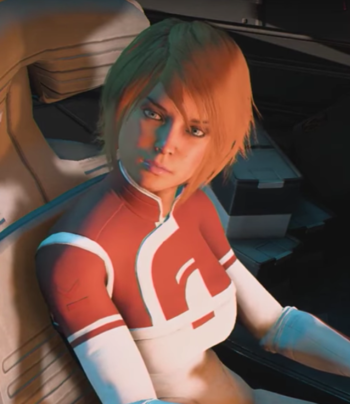 The human science officer of the Tempest. An astrophysicist and molecular biologist who is also deeply religious. She is a romance option for a female Ryder.