This page is for listing the tropes related to Non-Player Characters in Mass Effect: Andromeda that aren't with any other group. 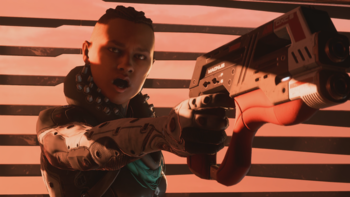 Sloane Kelly is an Alliance-trained solider, and originally responsible for all security initiatives aboard the Nexus upon arrival in Andromeda. Following an uprising that took place on the Nexus where she joined the rebels (themselves making up the bulk of the station's security), she was exiled from the station. She is now a warlord on Kadara, the leader of a faction known as the 'Outcasts'. Ryder can meet with her regarding the whereabouts of a person named Vehn Terev but she and her men quickly get into an altercation with them. She is the protagonist of the tie-in novel Mass Effect Nexus Uprising 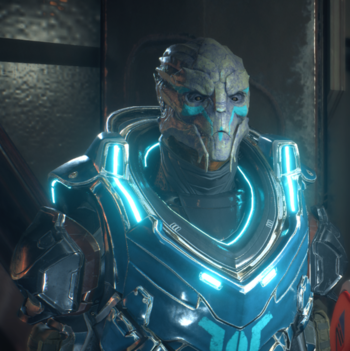 Sloane's "right-hand turian". One of several turians who was dropped from Ark Natanus when it arrived in Andromeda.
Reyes Vidal 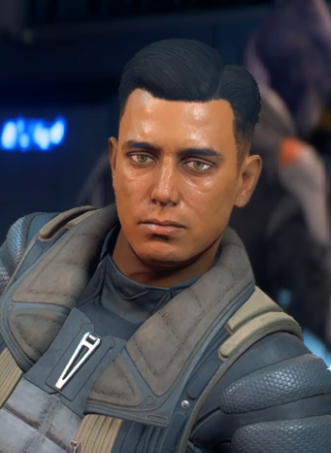 A male human smuggler who left the Nexus with the Exiles and settled on Kadara. He is an agent for the angaran resistance who has information for Ryder on an angara named Vehn Terev. He is a romance option for a Ryder of either gender. 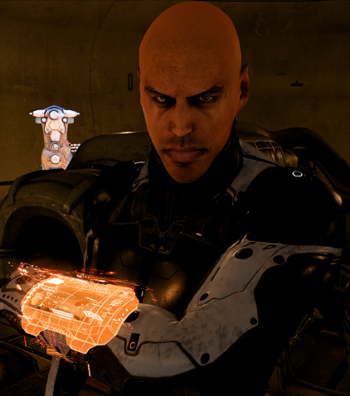 A human exile currently based on Eos. Formerly a private security worker, he now hunts kett for a living and sport. 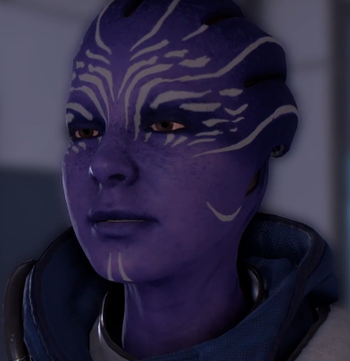 A high-ranking asari bureaucrat who is also the leader of a band of outlaws, and Peebee's rival. And ex-girlfriend.

Krannit
The krogan leader of a band of mercenaries. He's encountered as hired muscle for Kalinda.
Aroane
An exile and pirate who stole a vital seed vault from the krogan colony on Elaaden.

Meriweather
An exile who split from Sloane's group to form her own gang. Comes to Ryder's attention when she lures Vetra into a trap, thinking Vetra has wronged her.
Elora
An asari on Kadara with big plans, and bigger delusions.
Cassandra
A dancer in Purgatory, with a bad case of hero-worship for Sloane Kelly.
The Scientists

A pair of scientists (one man, one woman) encountered up to no good on Kadara. 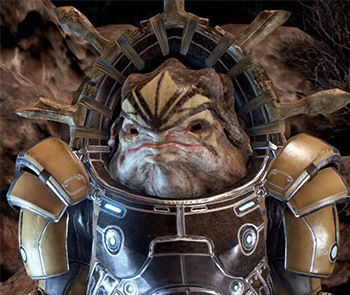 Overlord of New Tuchanka and leader of Clan Nakmor. 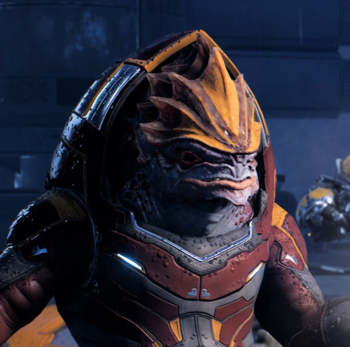 The Krogans' botanist, in charge of getting agriculture going in the Krogan Colony. Also Kesh's lover. 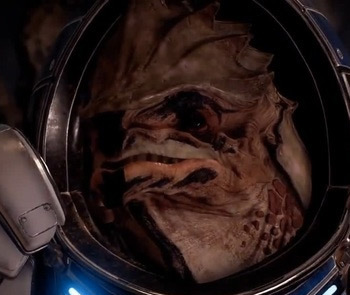 A krogan living on New Tuchanka who contacts Drack, expressing concerns that Morda is planning terrorist attacks on Initiative targets.

Angara AI
A sentient AI created by the Angara on Voeld before the arrival of the Kett.
The Benefactor
A character alluded to in Jien Garson's logs. They met with Alec Ryder and approved of his research into SAM. They told Alec about the Initiative, and helped Jien with the financial backing. Just who they are and what they wanted out of the Initiative isn't clear. Or what they plan to do once they reach Andromeda.
Castis Vakarian
A male turian and father of Garrus Vakarian, they've had a turbulent relationship. When he worked for C-Sec, he became friend with Alec Ryder. Before the Initiative left, they had a conversation with Alec that had significant ramifications.