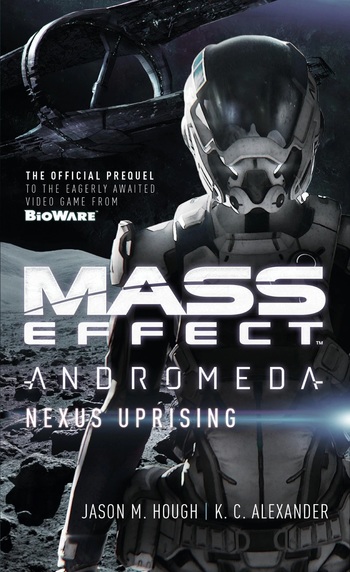 Mass Effect Andromeda: Nexus Uprising is a novel set within the Mass Effect universe, written by Jason M. Hough and K.C. Alexander. A prequel to Mass Effect: Andromeda, the story focus on the troubles the Nexus faces on arrival in the Heleus Cluster, and the eventual rioting that follows.