This page is for listing the tropes related to non player characters on the Normandy's crew who first appeared in the second Mass Effect game. 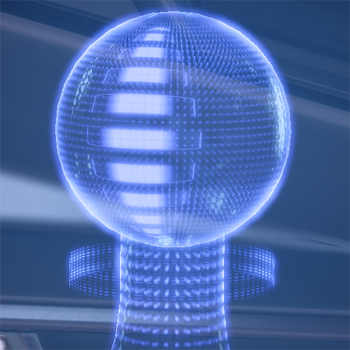 I enjoy the sight of humans on their knees...note That is a joke.
Click here for her appearance in Mass Effect 3 (SPOILERS) 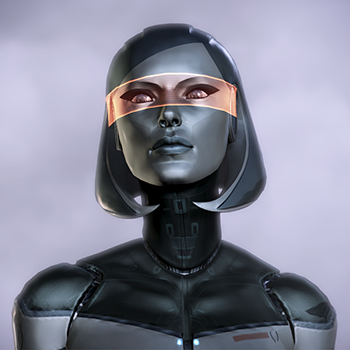 "My replies were intended to provoke, though not to cause distress. Your reactions are atypical of most humans. You are interesting."
Voiced by: Tricia Helfer

When the Normandy is destroyed in an ambush by the Collectors. Cerberus builds a second, twice as large and more powerful Normandy for Shepard's mission. It is now equipped with a shackled Artificial Intelligence called EDI ("Ee-dee", short for Enhanced Defense Intelligence) that runs the combat electronics. 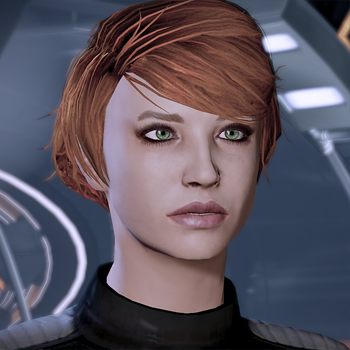 What can I say? I'm a people person.
"Commander, you've received a new message at your private terminal."
Voiced by: Cara Pifko

The Normandy SR-2's yeoman (and unofficial crew counselor), a perky young woman who has plenty of respect for both Cerberus and Shepard. She is a romance option for a Shepard of either gender. 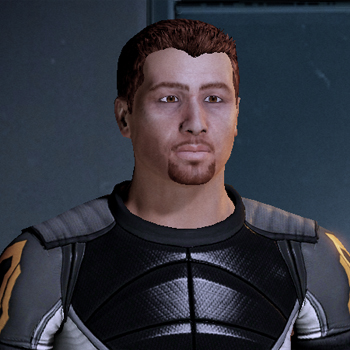 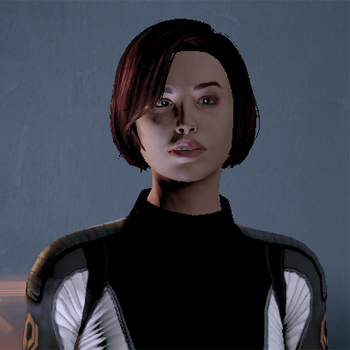 Gabby: Kenneth and I have been partners in crime since we graduated from tech academy. When he got the Cerberus offer, I insisted that it include me. He'd fall apart without me.
Kenneth: Thanks, mum.
Voiced by: John Ullyatt (Kenneth), Dannah Feinglass (Gabby)

Two of the Normandy's engineers. Also members of Cerberus, although not the evil kind. They have a snarky comment for every situation. 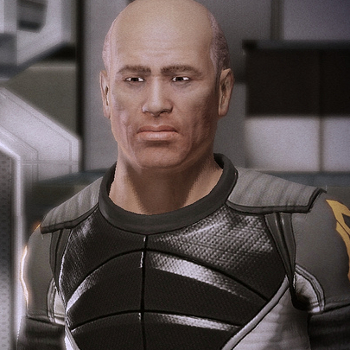 "Rupert! There's something different with tonight's meal! Seems like you put in more food and less ass."
—Crewman Hawthorne, regarding Gardner's cuisine
Voiced by: Bill Ratner

The Normandy's cook and all-around handyman, he's quite proud to have been with Cerberus, as he believes the Alliance and the Council to be useless. A former family man, he lost everything he had to batarian raiders.