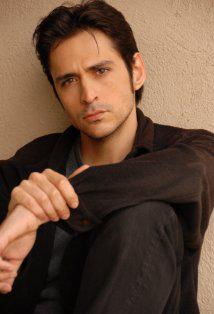 "I'm Commander Shepard, and this is my favorite page on TV Tropes."
Advertisement:

Mark Meer (born March 29, 1976 in Edmonton, Alberta) is a Canadian voice actor, writer, and stage improvisor, best known for his role as the male Commander Shepard in BioWare's Mass Effect franchise. While not as prolific as some voice actors, his range is extensive and versatile, and he's voiced countless minor characters in video games, many of them produced by BioWare.

He's also a core member of the Edmonton-based improvised soap opera Die-Nasty, and was the first of only two actors to remain on stage for 53 straight hours without rest. According to Mark, he's done it over twenty-five times since his first time in the 1990s.