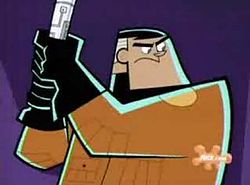 Danny's bumbling father, Jack Fenton is an obsessive inventor of ghost weaponry and gadgets, designed to rip them apart molecule by molecule. Naturally, this usually results in a panicky Danny Phantom whom Jack considers as one of his enemies, despite having saved the world countless times. Tends to be clueless, but can briefly turn into a Badass Normal if his loved ones are threatened. 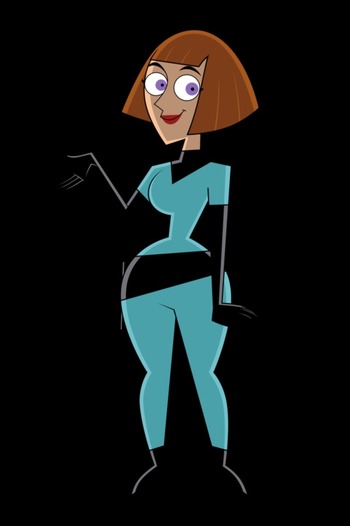 Equally obsessed with ghost hunting and research as her husband Jack, Maddie nevertheless remains far more logical, competent, and calmer then her husband. She is the main romantic target for Vlad. 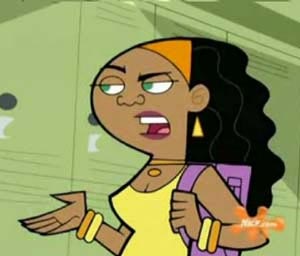 See why I need to hunt these ghosts? They think they can do whatever they want, but somebody has to stop them.
Voiced by: Grey DeLisle ("Parental Bonding"), Colleen O'Shaughnessey ("My Brother's Keeper"), Cree Summer ("Shades of Gray" onward) [English], Maritza Rojas (Latin American Spanish), Magdalena Smalara (Polish)

Valerie started off as the Rich Bitch before a ghost dog (with Danny in tow) cost her father his job, forcing her to lead a poor, unpopular existence. She was given advanced ghost weapons from Vlad Masters by mail and used them to extract her revenge. She eventually makes it a full time job with Danny Phantom as her primary target. She grows to see the world beyond her once shallow view and eventually develops a romantic interest with Danny Fenton, unaware of his alter ego. 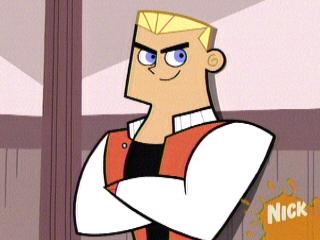 Standard issue bullying jock who on the outside is the typical menacing antagonist in Danny's school while deep inside, he portrays a far more sensitive soul, used mostly for laughs. 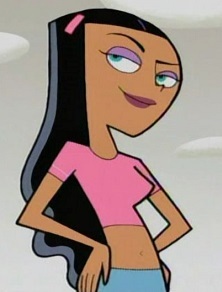 A girl Danny held a crush on before he wised up and moved on. She's the standard issue Alpha Bitch and like all stereotypes like her, tends to victimize the less popular girls and focus primary on shallow mannerisms. She harbors a crush on Danny Phantom. 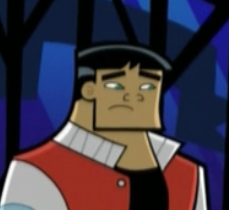 Dash's best friend and fellow jock, who while having jerk jock tendencies is a lot nicer than Dash and the other popular kids. 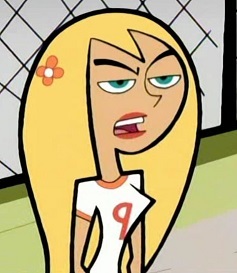 The primary teacher (and vice-principal) of Casper High. Often strict with an inability to connect with his students, Mr. Lancer may seem like a bullying mentor to Danny (at times, he will often favor Dash simply because he's a popular football player), but deep down, he wants all his students to succeed. 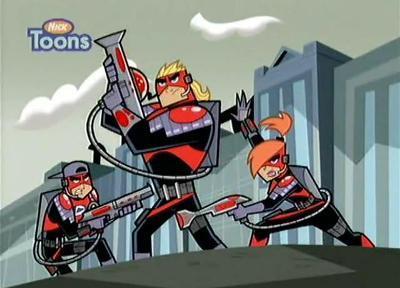 In the series finale, Vlad finances a group of three teenagers to hunt ghosts as revenge for Danny constantly humiliating him. 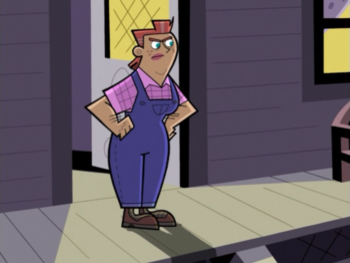 Maddie's sister, Danny and Jazz's aunt and Jack's sister-in-law. She is divorced and lives in a cabin in Spittoon, Arkansas. 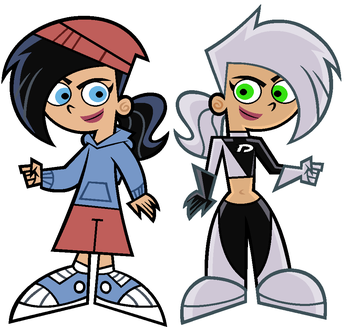 Danny's clone, created by Vlad as a stepping stone to the perfect Danny Fenton/Phantom clone to call as his own son. Unlike the various other Danny clones, Danielle has a mind of her own, possessing a naive behavior with much of Danny's traits and character. She is often childish and spunky, but well-meaning. An imperfect clone, she is constantly dissolving and until the second-to-last episode has to keep her powers in check. She and Danny grow close, with Danny standing up for her without hesitation. 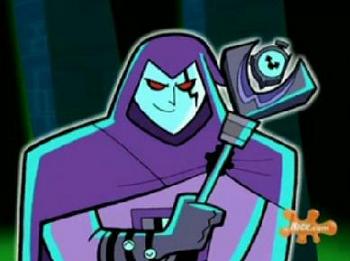 The Observants look at time like they're watching a parade, one thing after another passing by in sequence right in front of them. I see the parade from above, all the twists and turns it might or might not take.
Voiced by: David Carradine (English), Luis Carreño (Latin American Spanish), Wojciech Machnicki (Polish)

The ghost of time, Clockwork keeps the flow of time and interferes when he feels something is disturbing said flow. He is mysterious and powerful, knowing every aspect of time: past, present, and future. He remains a neutral influence in Danny's life, playing only by his rules. He doesn't perceive time as a linear sequence of events; this is reflected in his appearance, which constantly fluctuates in age. 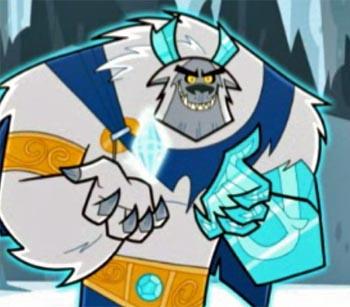 Danny's mentor when he received his ice powers. Frostbite is a giant Yeti-like ghost, leader of his tribe, and an all-around (n)ice guy. 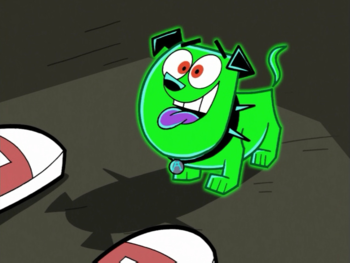 The puppy ghost of one of Axion Labs' guard dogs who takes a liking to Danny. When enraged, he becomes larger and much more monstrous.

A big, annoying ghost who continually whines that he wants friends. 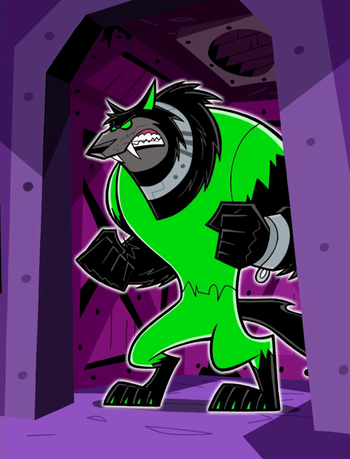 An Esperanto-speaking werewolf ghost who was one of Walker's prisoners. Promised freedom if he helps capture Danny Phantom, he instead becomes friends with the Ghost Boy.

The gym teacher at Casper High. 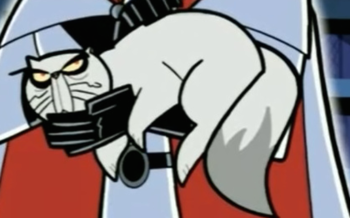 Vlad's pet cat, which he insists is his sisters.

An unseen character mentioned only in "Infinite Realms". She is the sister of Vlad Master, whom he claims his pet cat Maddie belongs to. She has never appeared in the series.

An unseen character mentioned only in "Splitting Images". He is Danny and Jazz's paternal grandfather and the father of Jack Fenton. He has never appeared in the series.