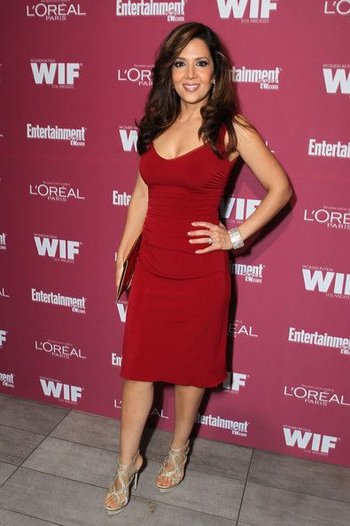 María Pilar Canals Barrera (born September 28, 1966 in Miami, Florida) is an American actress and voice actress, best known as Theresa Russo on Wizards of Waverly Place and the voice of Hawkgirl on Justice League. Other roles include the voice of Paulina on Danny Phantom and Sunset Boulavardez on The Proud Family.