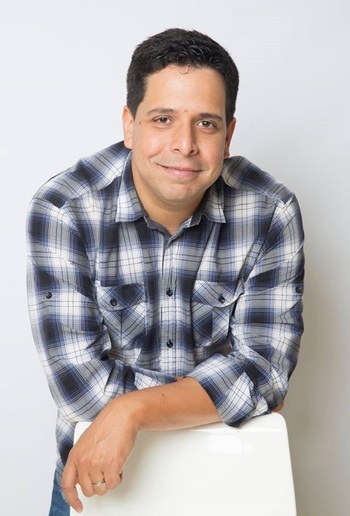 Luis Carreño Mendoza (August 20, 1975 in Caracas, Venezuela) better known as simply Luis Carreño, is an experienced Venezuelan voice actor and broadcaster. Getting his start at the age of 16, he is most well known to Latin-American audiences as the voice of SpongeBob SquarePants, which he has played non-stop since the show’s second season. He currently resides in Miami, Florida, dubbing projects for studios such as The Kitchen since October 2015. He still voices Spongebob, Etcetera Group even set up their Miami office building so he could record there. He has also been a radio broadcaster for Hot94, and has participated as an actor in theater, television, and advertising. His brother Frank is also a voice actor.