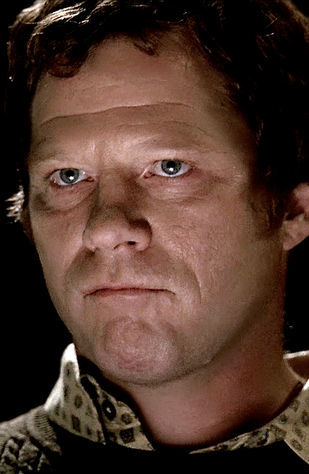 "Wives wither... children perish... but me? I'm an excellent father."

A family psychiatrist and Villain of the Week serial killer who would use his small size to sneak into the homes of his patients, forcing them to treat him as their father before killing the entire family, due to issues he had with his own family (his wife had divorced him and got full custody of the children). The BAU consult him in prison regarding another family annihilator UnSub with a similar M.O. as his, only to discover it's a ploy by the Reaper to taunt Hotchner and announce his endgame. 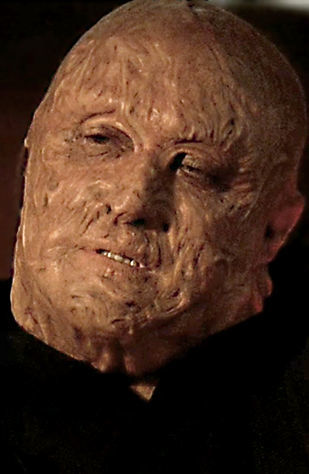 The villain of the Season 1 finale. A wealthy, deformed psychotic with a flare for the dramatic, Garner learned of and became inspired by the BAU's exploits and, styling himself as "the Fisher King", set up a high-stakes life-or-death quest for them based on Arthurian legend. 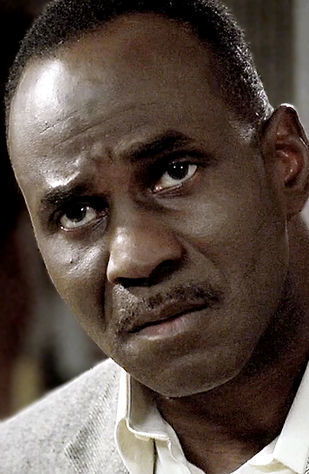 "You were always special, Derek."

A football coach and pillar of the community who was secretly a child molester. Most notable for having molested BAU team member Derek Morgan as a child. Like Karl Arnold, he is interviewed in prison in a later episode to gain insight into a new series of crimes seemingly connected to his own original crimes.

"Beauty can cover a multitude of sins. But underneath, we all look exactly the same."

The show's original recurring villain, Frank was a psychopathic serial killer who traveled from state to state, abducting victims at random and killing them by dissecting them alive. With no specific preference in victim type (and thus no pattern for law enforcement to notice), he was able to stay off the radar and continue killing for decades, becoming the most prolific serial killer ever encountered by the BAU (until their discovery of Billy Flynn, the Prince of Darkness, a few years later). He had an intelligent, eerily calm demeanor as well as a fondness for elaborate Xanatos Gambit schemes, as discovered by Gideon and the BAU when they finally try to confront him. 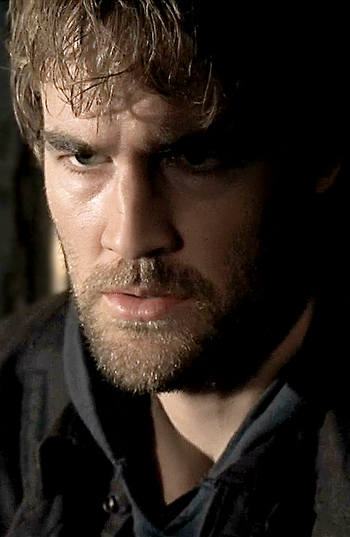 The villain of the two-part episode "The Big Game" and "Revelations" early in Season 2. A telephone computer tech support worker suffering from multiple personalities involved in the murder of several people perceived as engaging in the 7 deadly sins. Most notable for his kidnapping and torture of Spencer Reid. 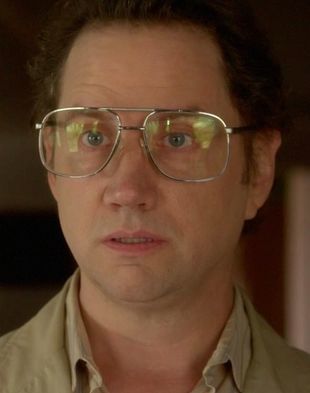 "I'm not smart. But I have a smart friend who tells me things..." 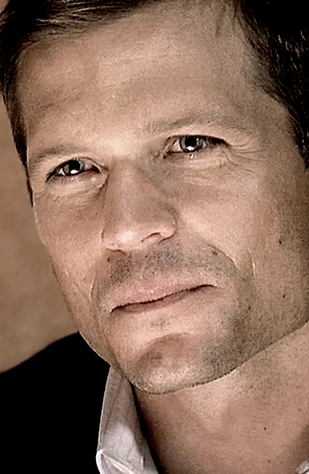 "The best minds in the FBI, and you can't even stop me."

A charming stranger at the coffee shop who asks Garcia out on a date after she helps him fix his broken laptop in the episode "Lucky". The date goes well up until he suddenly pulls out a revolver and shoots Garcia in the chest at the end of the episode. In "Penelope", he's revealed to be a local sheriff's deputy who would secretly shoot random bystanders then step in as the first responder in order to be a hero. He stalked Garcia with the intention of killing her due to the (mistaken) belief that she was about to discover his criminal activities due to her coincidentally examining several of the cases he was involved in. 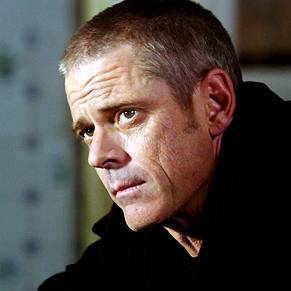 "Are you scared? You should be."

The first major Arc Villain of the show. An infamous serial killer driven by power, control, and manipulation who terrorized the Boston area 10 years ago, and who was the subject of Hotchner's first case as team leader of the BAU. Similar to the Zodiac Killer (who he was based off of), the case was never solved. The BAU finally uncover his identity in "Omnivore", only for him to pull off a daring escape at the end of the episode. He personally assaults Hotchner in his home at the end of Season 4, and continues to stalk Hotchner and his family for the duration of Season 5 until a final confrontation in the show's 100th episode.

The villains of the Season 4 finale. A pair of Canadian brothers who own a farm just across the border from Detroit. Lucas, a mentally handicapped giant of a man, captures and kills homeless people from Detroit under the orders of his quadriplegic brother, Mason, to provide raw material for Mason's stem cell experiments in search of a cure for his condition. 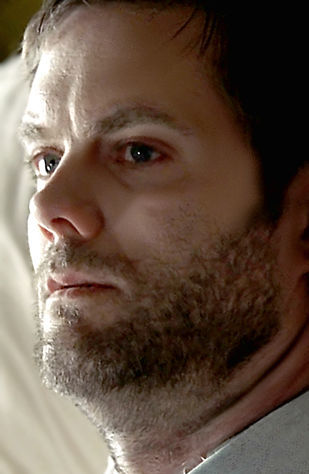 "They [Lucas's victims] were transients and drug users and prostitutes. They were useless to society. I gave them the chance to be part of a cure. To be of use. That's science." 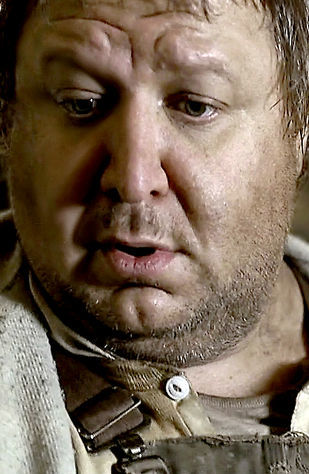 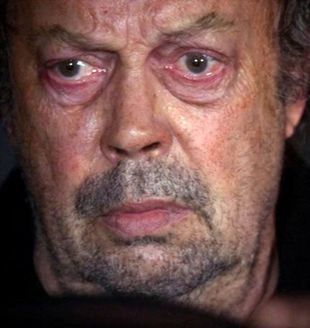 "You think they'll remember me now?"

The villain of the Season 5 finale. Sloven and uneducated but incredibly cunning and ruthless, Flynn is a transient serial killer who travels across the country in his RV, breaking into homes at night during city-wide blackouts and robbing and killing the families inside. His M.O. of only attacking at night during blackouts earns him the nickname "The Prince of Darkness" from the media once his killings finally become public knowledge. Having attacked over 200 families in the course of 26 years across all 48 continental States, with a body count likely over 400, he's by far the worst serial killer ever faced by the BAU. 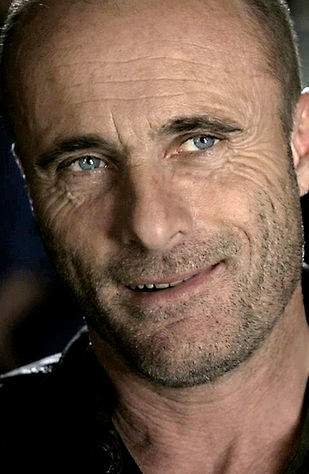 An Arc Villain whose presence is felt throughout Season 6 of the show. A breakaway IRA terrorist and international criminal mastermind with a connection to Emily Prentiss' past. Escaping from prison early in Season 6, he begins hunting down Emily and all of her former team members from Interpol. 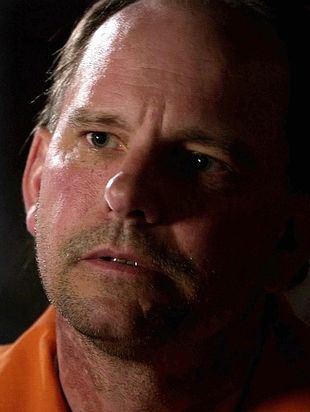 "Agent Rossi... Nice to meet you after all these years..."
Matthew Downs and the Face Cards 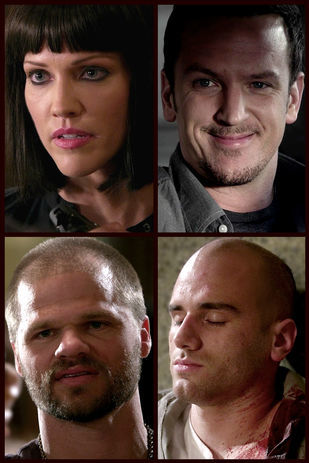 The villains of the Season 7 finale, a gang of ultra-violent bank robbers who are unaware that their two leaders are secretly domestic terrorists planning a major strike against the United States. 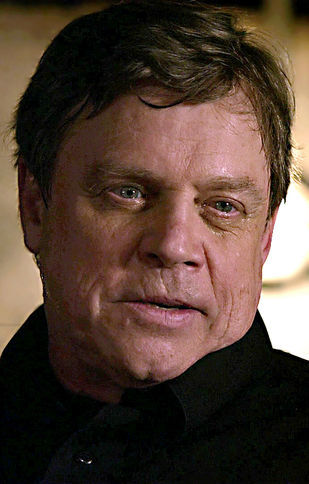 "You never appreciated me, none of you. I gave you my life, and you rejected me."

The Arc Villain of Season 8, the Replicator stalks the BAU team throughout the entire season, killing victims using M.O.s copied from the various UnSubs encountered by the BAU during the season.

A crime lord and the father of Giuseppe Montolo. He hires a group of mercenaries to torture Morgan. After this fails he goes after Morgan himself.

The leader of a cult known as The Believers, who is also the true identity of a prolific serial killer known as "The Strangler".
Everett Lynch

A serial killing con artist nicknamed "The Chameleon" by the police. He becomes Rossi's latest obsession after he overpowers the agent in a confrontation.

Vincent "Vinny" Perotta was a mafia hitman who operated as a misandrist serial killer on the side, with a bodycount of over a hundred. After murdering his first female victim, Vinny become highly agitated, and left behind evidence for the first time in his career, leading to his arrest at the hands of the BAU. Profiled as possessing co-morbid antisocial and paranoid personality disorders, Vinny is a sadistic thug and an emotionally stunted man whose ability to interact with the world around him has been virtually destroyed by his abusive father.

An obsessive "housecleaner" who views himself as clearing the streets of the homeless, Charles Holcombe uses his old meatpacking plant as a maze and killing centre, running the victims through his labyrinth before killing and dismembering them.

A mentally handicapped man who believes himself to be a small child, Joe followed a little girl home from a carnival one night and, during a confrontation with her parents, murdered them with an axe. Joe's father, Landon, upon discovering what his son had done, cleaned up after him and got rid of the evidence, before hustling Joe, and the carnival they both work at, out of town. The case, one of Rossi's earliest, haunts him to the modern day, and is the cause of his return to the BAU.

A traumatized Bosnian Muslim whose family was killed during the Srebenica massacre, Miranda has become a family annihilator who feels a psychological compulsion to recreate the mental image she has of their mass grave using the bodies of military families. 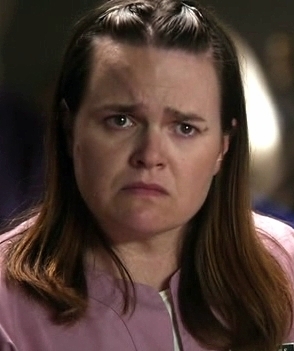 "You're so pretty."
Anita and Roger Roycewood

A gang of Human Traffickers who operate all across the United States, Lucy's outfit specializes in kidnapping college students to serve the tastes of a rich and exquisitely depraved clientele. Never staying in one place for more than three days, and communicating only by payphone, Lucy and her men have evaded the FBI for years, and racked up a sizeable body count.

The cold-blooded leader of the human trafficking ring, Lucy is a depraved young woman who befriends college students in order to lure them into the clutches of the rest of the gang. Fond of playing the victim, Lucy often stages her own abduction, and has herself placed in the cages alongside the other captives, in order to better savour their fear. Profiled as an unstable sexual sadist, Lucy maintains her grip on the rest of the outfit through a combination of blackmail, force of personality, and fear.

Lucy's second-in-command who seems to handle most of the gang's administrative work.

An enormous man who does most of the gang's killing, Leon is a taciturn thug entirely loyal to Lucy.

A comparatively low-ranking member of Lucy's gang, Kyle acts as their disposal man, getting rid of the bodies of victims after Leon or a client murders them. His death in a car crash and the discovery of the contents of his trunk, is what kick starts the investigation in "Supply & Demand."