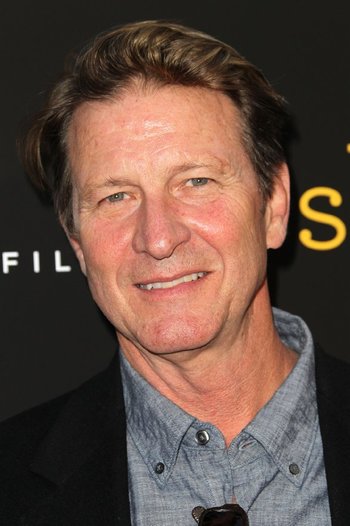 Peter Brett Cullen (born August 26, 1956 in Houston, Texas) is an American actor, having appeared in numerous film and television productions over his career. Can be seen as the modern day Ben Johnson, whom Brett bares Celebrity Resemblance to, while both actors have good ol' boy backgrounds with Johnson's Oklahoma-born heritage to Brett's Texan roots (also, Johnson had appeared in Red Dawn (1984), while Cullen appeared in the 2012 remake).