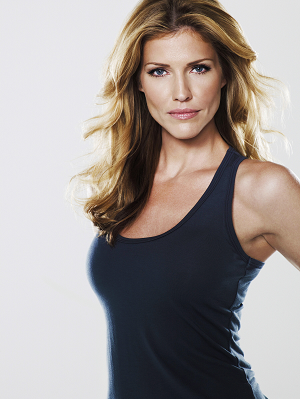 Tricia Janine Helfer (born April 11, 1974 in Donalda, Alberta) is a Canadian model, actress and science-fiction mainstay. She is perhaps best-known for her role as humanoid Cylon Number Six on Ronald D. Moore's re-imagined Battlestar Galactica, for which she garnered critical acclaim and achieved status as a science-fiction icon.