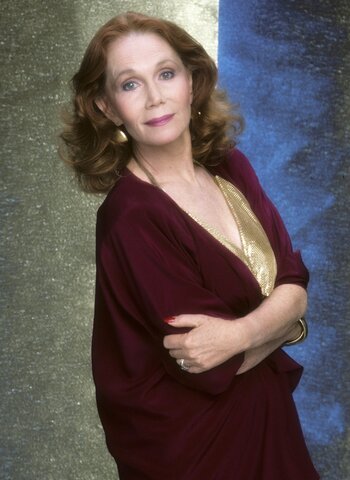 Originally from Galveston, Texas, Helmond spent a semester at Bob Jones University—an Evangelical Christian school in South Carolina—and appeared in a school-associated Biblical film called Wine of Morning. After graduation she began acting in professional theatre productions, leading to work in TV and eventually film. Helmond had lead roles in two popular sitcoms—Soap and Who's the Boss?—and worked with both Alfred Hitchcock (Family Plot) and Terry Gilliam (Time Bandits and Brazil).

Helmond died in 2019 of complications from Alzheimer's disease, although she had continued acting work until very recently before that. She was married twice, to George N. Martin and David Christian.