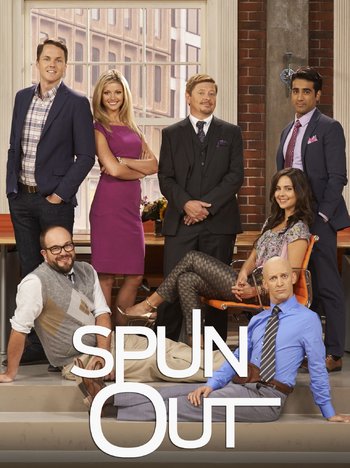 Spun Out is a CTV Work Com about the wacky group of characters that work at an ad agency and their misadventures. The cast includes Dave Foley, Paul Campbell, Holly Deveaux, Darcy Michael, Al Mukadam, Rebecca Dalton and J.P. Manoux.

A second season was ordered and recorded but actor JP Manoux was then arrested for voyeurism and CTV put the show on indefinite hiatus because his role couldn't be neatly excised from the show. The second season eventually began airing in 2015.