Family of Choice
aka: Found Family 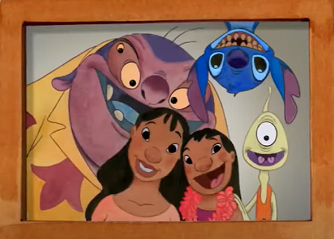 Aloha... You'll find the place that you belong
ʻOhana... A family to call your own
Where you feel at home
Everybody sing!

We're not related, but here's good news
Friends are the family you can choose
— "Friends Are Family", The LEGO Batman Movie
Advertisement:

Often in fiction, a character who starts out Conveniently an Orphan will pick up extremely loyal companions along the way. Sometimes, these relationships are forged through the fire of conflict, but with Families of Choice, it's a bit different. Members of a Chosen Family mourn the lack of family in their lives and decide to build one of their own out of people they care for and who care for them in turn.

As in Real Life, this is most common when something has happened to these characters to isolate them from blood relatives—perhaps they have no family to return to. Maybe they have a supernatural secret they can't share with their closest friends. They might just have a bad home life in general and decide to leave. Maybe they were, for whatever reason(s), disowned or rejected by their family members. To fill the vacant roles in their lives, some characters build their own families with people they choose to care about.

Some common examples of Family of Choice include an adult meeting the future heroes as children and deciding to be the Parental Substitute that they need, children who grow up together without a family of their own and claim each other as brother and sister, or an adult friend of a single parent that takes it upon himself to always be there for the main characters and thus becomes an Honorary Uncle.

Adopted and blended families are not generally examples of this trope because the relationship exists regardless of whether the members' feelings about each other. Step- or adoptive siblings coming to think of each other as family would not qualify, for instance, because they were officially family even if they refused to accept that. A group of characters that chooses to formalize an existing Family of Choice, however, is not disqualified for the opposite reason: the family was chosen first, seeking social and/or legal recognition is simply a way to further confirm that choice.

Examples of this trope must describe not just the nature of the relationship but how, when, or why the characters came to feel this way about each other. Remember, if they came to think of each other as True Companions because the plot has brought them closer together, it's more likely to be Fire-Forged Friends, Band of Brothers, or just True Companions than this trope.

Characters burdened by an Unpleasant Parent Reveal or a Disappointing Heritage Reveal often turn to a Family of Choice in an effort to distance themselves from their birth parents or ancestral group.

Subtrope of True Companions. Compare/contrast with No Blood Ties and Thicker Than Water. Hint: If an example includes the words "in the end" then it's more likely Fire-Forged Friends than this trope (which is about characters forming a family in the beginning, before all that plot stuff happens).

See also Friends Are Chosen, Family Aren't, which involves stressful family relationships which arise because a character can't choose who they are actually related to by blood. In complex cases, however, the two tropes can overlap; if things get difficult with a Family of Choice, the character can't just dump them, because they're now "family" — so that relationship becomes stressful.

Luz tells Hunter - who grew up with a very abusive guardian - that he's part of her family now. This overwhelms Hunter so much that he immediately bursts into tears.

Example of:
Tears of Joy

Luz tells Hunter - who grew up with a very abusive guardian - that he's part of her family now. This overwhelms Hunter so much that he immediately bursts into tears.