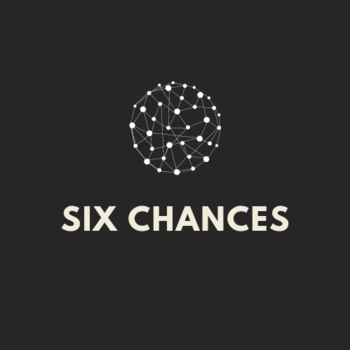 It's about to mind-fricky.
Advertisement:

What would you do if your life, memories, and feelings were suddenly tied to another person?

A spoiled prince haunted by a ghost. A big city swindler with a knack for illusions. A cold soldier with a sharp eye. A pirate with a few screws loose. A chieftain’s bookish daughter with carefully bandaged hands. A peacekeeping agent with an eye for vengeance.

After simultaneously knocking on death’s door, these six find themselves psychically connected across national lines. Tensions rise between them and between their respective countries, which are recovering from a long war over the mysterious vitae—an energy source harvested and utilized in weapons and engines called conductors. Loyalty, memory, and sense of self blur as conspiracies encroach.

—Everything is connected. Nothing is coincidental. The spark has ignited…!

Six Chances is an ongoing psychological web serial started in 2019.

Six Chances has examples of: