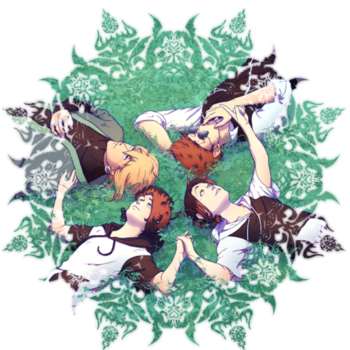 Cinder and Smoke is a webcomic started in 2011 following the lives and adventures of Bukowski and the twins he found while hiking, Cinder and Smoke. Cinder and Smoke are not as human as they appear and Buk struggles to keep them safe from society... and society from them. Strips vary from Slice of Life to Drama as they follow the ups and downs of life. Read it here.