Characters that have appeared in the Rozen Maiden anime, manga and drama CDs. Basically dolls fighting a game of There Can Be Only One for the ultimate prize of becoming the perfect girl, Alice.

open/close all folders
The Protagonists 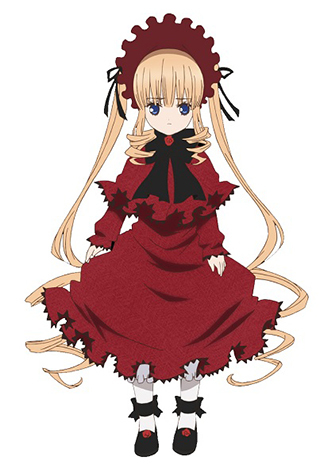 The fifth doll of the dolls, and The Protagonist of the series. She is restrained, noble and sometimes demanding, but is nevertheless a good-hearted doll who simply does what she feels needs to be done. She fights with rose's petals and her artificial spirit is Holly.

Basically the other main character of the series, being the guy who actually kicks off the plot by winding up Shinku. In short, he is a reclusive loser who has a fear of school after a traumatic event that turned him in his class's laughing stock. 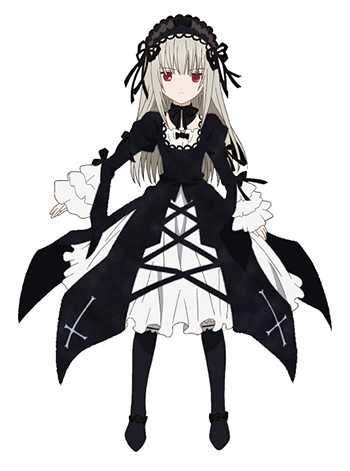 The first doll of the Rozen Maidens, she served as the antagonist in the first season. Of all the dolls, she's the one who wants to become Alice the most to please Rozen and prove she does deserve being the perfect girl. Despise not having a medium until the end of the s1 anime and manga, she's very powerful. Her artificial spirit is Mei-Mei. 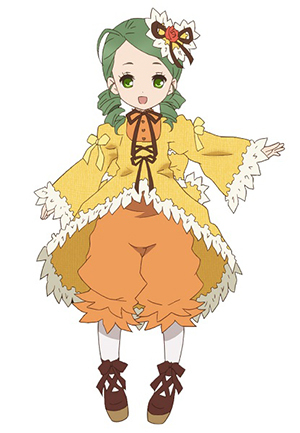 The second Rozen Maiden doll, Kanaria makes her appearance only later in the series. Her medium is named Mitsu (but everyone calls her Micchan), who is a maniac doll collector, and her artificial spirit is named Pizzicato. Kanaria considers herself to be the smartest Maiden and often boasts about it, but her plans almost always fail in hilarious ways. Personality-wise, she is similar to Hinaichigo and like her and Suiseiseki, Kanaria has a Verbal Tic: "Kashira" (Feminine version of "I wonder?" adaptated to "Maybe" in the official English release of the manga). However, Kanaria is competent in battle, using the sonic waves of her violin to fight. 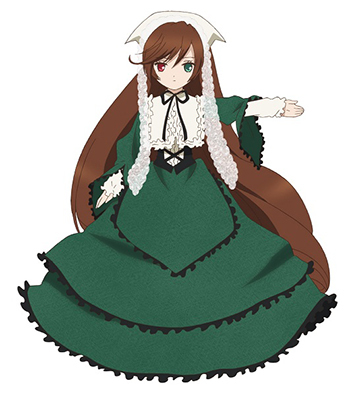 Also known simply by her Verbal Tic, desu, Suiseiseki is the third doll of the Rozen Maidens. Despite her bad attitude, she loves her sisters and doesn't want to fight them. Her weapon is her watering can and her artifical spirit is named Sui Dream.

The fourth doll of the Rozen Maidens, Souseiseki is the calmest and most duty-bound of the dolls. Because of her sense of duty, she believes that becoming Alice is her obligation. Souseiseki's weapon is a pair of gardening scissors, and her artificial spirit is named Lempicka. 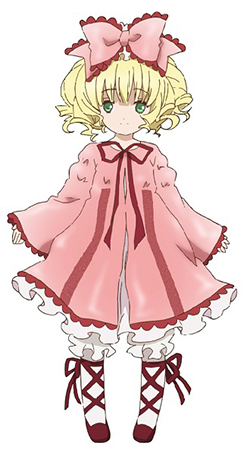 The sixth doll, and the youngest-minded of the dolls. She loves to play, being with her friends, and just generally have fun. Rather naive and narrow-minded, but in the end a genuinely caring doll. She can make grow strawberry vines to fight, her artificial spirit is Berrybell. 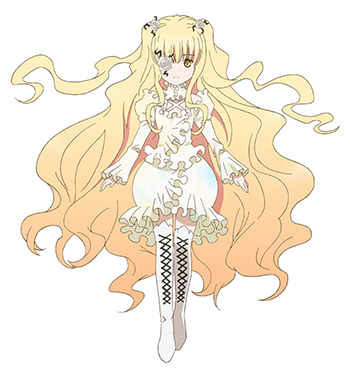 The 7th Rozen doll, although she lacks a physical body and only exists in the N-Field. She has no speaking parts in the original anime. Her abilities include crystals and white vines. 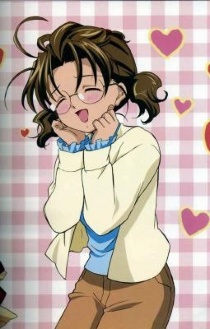 Jun's older sister. She willingly quit playing lacrosse to help take care of Jun and took a surprisingly fast liking to the dolls that inhabited her house. 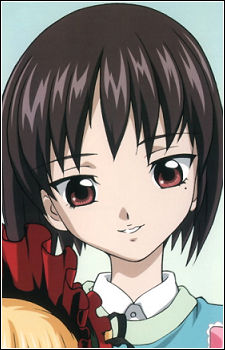 Hinaichigo's old medium, and a classmate of Jun, who helps him with missed schoolwork and dealing with the Rozen dolls and such.

An anthropomorphic white rabbit in a tuxedo and a top hat.

Kanaria's medium, who loves dolls to the point of obsession.

A sickly girl who is Suigintou's medium.

The one who made the Rozen Maidens. 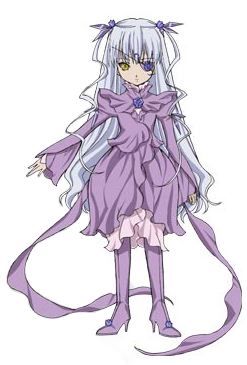 An anime-only character that first appeared in Träumend, Barsuishou served as the primary antagonist when the anime departed from the manga. She shows up claiming to be the 7th Rozen doll.

The salesperson at the doll shop in the anime.

The young doll craftsman who runs the doll shop with Shirosaki.

Jun's adult counterpart in the parallel dimension where he responded "do not wind". This version of Jun is a college student and works in a bookstore. Through some manuals that keep being sent to his apartment, he makes a temporary body for Shinku and helps his Alternate Self in his fight against Kirakishou.

Adult Jun's colleague in the bookstore and a to-be actress in a theatrical company.

A boy of the same class of Jun. He also has antiquarian parents and is interested in dolls, especially the Rozen Maiden series.