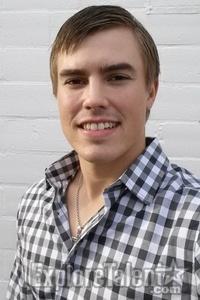 Corey Daniel Hartzog (born March 24, 1988) is a Houston based voice actor who primarily works for Sentai Filmworks. He has gotten a lot of recognition with his role as Tatsumi in Akame ga Kill! thanks to the anime's Toonami airing. Prior to that, a lot of anime fans may note him for his roles as Sugane Tachibana in Gatchaman Crowds and Natsuki Usami in Tsuritama. A large majority of his roles tend to be young boys.