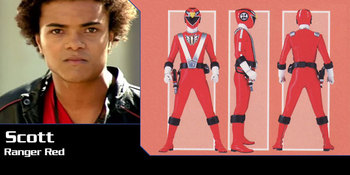 The leader of the team, Scott is a former Air Force pilot who longs for the approval of his overbearing father, Colonel Truman. Scarred by the death of his older brother, Marcus, Scott is often doubtful of his ability to lead the Rangers to victory, though he doesn't let that stop him. 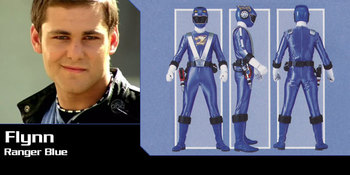 "This is how we do it GLASGOW STYLE!"

A former police officer, firefighter, and foreign aid worker of Scottish descent, Flynn has a pathological need to help people that often gets him into trouble. As the team mechanic he's responsible for keeping their gear working, and has been known to improvise solutions to a number of problems. 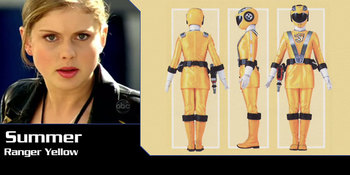 "I don't care where you came from. I want to know where you're going."

A spoiled rich girl who barely made it into Corinth alive, Summer experienced an epiphany and decided that she wanted to help people. She's determined to save Dillon, despite his own strong objections, and frequently plays the mediator between him and Scott. 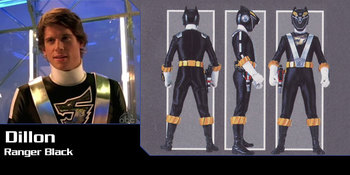 "You guys are the answer. I'm just looking for the question."

A cyborg with amnesia and something of an attitude problem, Dillon is recruited into the Rangers as part of a work-release program from Corinth's jail. He wants to find out more about his past, has a mild rivalry with Scott, a fair amount of Unresolved Sexual Tension with Summer, and a close friendship with Ziggy. 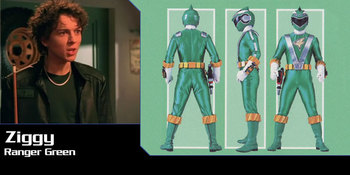 "In times like this, there is one question that needs to be answered: are we, or are we not, the good guys?"

An ex-mobster with a streak of bad luck, Ziggy becomes friends with Dillon after he tried to rob the brooding Black Ranger in the pilot. Hired to find a Green Ranger candidate, he ends up putting the morpher on himself to protect it from Tenaya 7. Has a complicated relationship with Dr. K.

He then proceeds to get kicked all over the place. 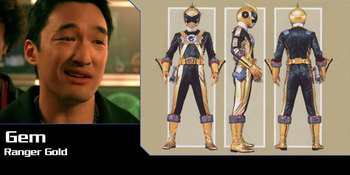 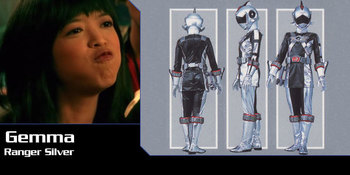 The former test pilots for the Ranger gear, Gem and Gemma are a pair of utterly demented twins who narrowly escaped the destruction of the facility where they were raised. Equipped with the prototype Gold and Silver suits, and a love of explosions, they wage a private war against Venjix before being recruited partway through the show. 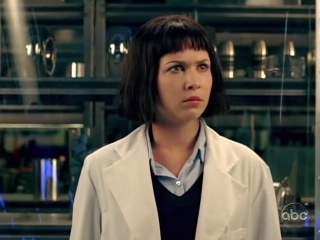 "I've made errors. But I've also learned that even the most flawed human is better than the most perfect machine."

A socially crippled genius raised in a secret government facility, Dr. K is the designer of the Ranger technology, and has her own, personal reasons for wanting to see Venjix destroyed. Not particularly trusting, she has a somewhat antagonistic relationship with her team, especially Ziggy. 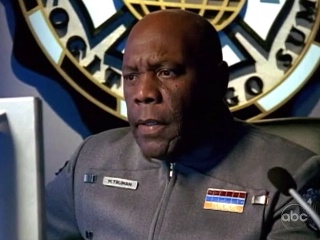 Scott's father and the leader of Corinth's defence forces, Colonel Truman is a paranoid, suspicious man who has no desire to ever leave the dome, preferring to wait Venjix out. He has a difficult relationship with his son and Dr. K. Has the distinction of being one of the few competent muggles in the franchise. 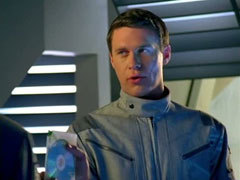 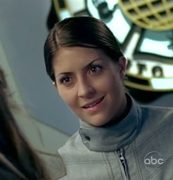 Another member of the Cartel, and the only member of it that respects Ziggy.
Marcus 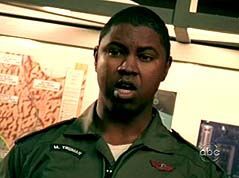 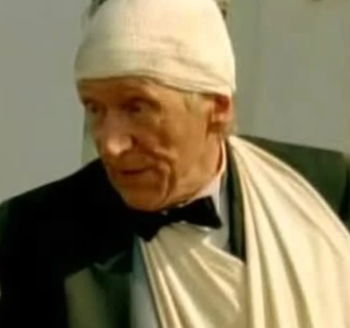 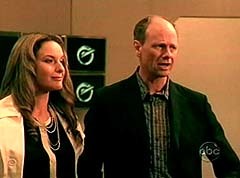 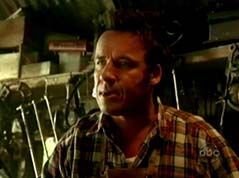 The father of Flynn McAllistair . 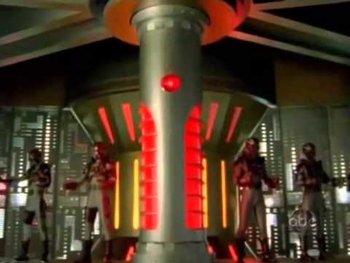 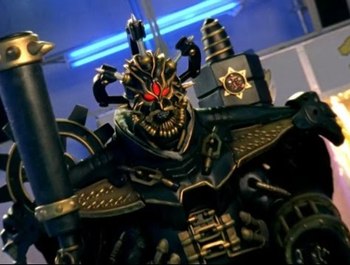 "I brought a legion. What did you bring?"

A lethal Computer Virus that gained sentience and proceeded to Take Over the World...after reducing the human population to a few million. He's now out to finish the job by annihilating Corinth and the Power Rangers.

See here for his tropes as Evox. 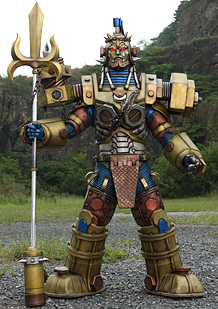 One of Venjix's generals, his job is to design new attack bots. When Tenaya 7 frames him for trying to murder Venjix, Shifter is exiled and forced to act on his own, vowing vengeance against Venjix and the Rangers alike. 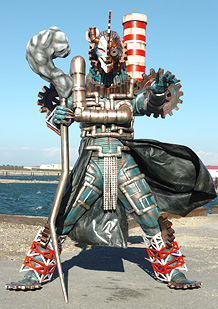 One of Venjix's generals, though his job remains largely undefined. 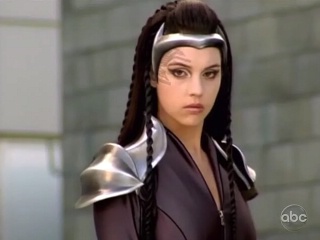 A cyborg built for infiltration, Tenaya 7 is Venjix's right-hand woman for most of the show, commanding the Grinders, carrying out his plans, and trying to hide her frustration with Shifter and Crunch.
General Kilobyte

"You put a human against a machine, the machine will win every time." 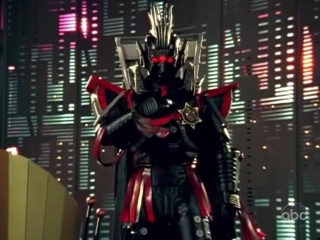 One of Venjix's most trusted generals, he was believed to have been lost during the war. He returns two thirds of the way through the series, and challenges Tenaya for the position of Venjix's right-hand robot, winning out. Arrogant and highly protective of his position, he is nonetheless one of the Rangers' most capable adversaries.

A new general who menaces the next two Ranger teams.
The Grinders

An incinerator themed Attack Bot, and the first one Venjix sent against Corinth.

A boring themed Attack Bot sent to dig into one of the two main fault lines that Corinth sits on.

Voiced by: Kelson Henderson
A satellite themed Attack Bot, and the one responsible for taking Dillon's memories.

Voiced by: Simon McKinney
A demolition themed Attack Bot that attacked the Rangers in Omega City.

A vacuum themed Attack Bot Venjix sent to remove all of the oxygen inside Cornith.

A straw themed Attack Bot equipped with toxins capable of putting all of the citizens of Corinth to sleep..

A dinosaur/gorilla-like Attack Bot themed Attack Bot created by Shifter. While it was initially created as a new body for Venjix, Shifter later used it to attack Cornith after getting exiled.

A clown and weight-themed Attack Bot.

The last of Venjix's Attack Bot's used during his final attack on Cornith. 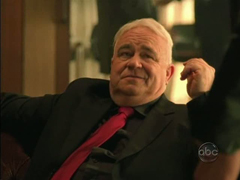 The head of the Scorpion Cartel, and one of the most powerful mobsters in Corinth, Fresno Bob has it in for Ziggy, who once robbed him of five million dollars worth of medical supplies. Ruthless and uncaring, he is willing to cut deals with anyone if it will get him his revenge.

A corrupt Government facility that played a hand in Dr. K's backstory and how Venjix came to be.