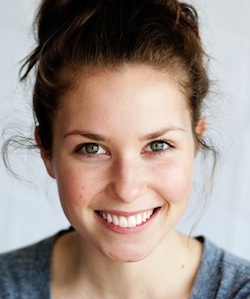 Olivia Tennet (born January 4, 1991) is a New Zealand actress, mostly known in her home country for her role as Tuesday Warner on the nightly medical drama Shortland Street between 2007 and 2008. Outside of her homeland, she is best known for playing the role of Teen Genius Dr. K on Power Rangers RPM, the seventeenth season of the long-running Power Rangers franchise which premiered in 2009.

Before her two most notable roles, Tennet gained exposure at a young age, first appearing on an episode of Xena: Warrior Princess during its fourth season (1999) as a runaway princess named Alesia. Since then, she gained roles in movies like Kids World and The Lord of the Rings: The Two Towers. She would make her first major television appearance on the post-apocalyptic circus fantasy Maddigan's Quest in 2006, playing the role of Lilith. A year later, she would gain the role of Tuesday Warner on Shortland Street which would give her the most exposure in her home country. She would appear on the soap opera in 2007 and in 2008. Her stint on Power Rangers RPM soon followed. More recently, Olivia has been making inroads into the horror scene, appearing in the indie horror feature Blood Punch, which she filmed with several of the Power Rangers RPM cast and crew.

Outside of television and movie appearances, Tennet is also an up-and-coming stage performer, having participated in school plays in Auckland, as well as in major productions like Stepping Out with the Auckland Theatre Company. She is also a dancer and choreographer. Her YouTube channel

features some of her choreography along with her original web series titled Dancing in Small Spaces, which can also be found here

Olivia is now back in New Zealand, studying speech therapy at the University of Auckland and working as a choreographer, along with making appearances on local stage and screen productions. She was married to frequent co-star Milo Cawthorne between 2013 and 2016, after having dated since wrapping up on Power Rangers RPM.