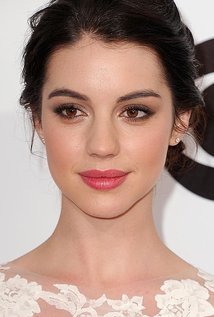 Adelaide Victoria Kane (born 9 August 1990 in Perth, Australia) is an actress from Western Australia. She is best known for her roles as Tenaya 7 in Power Rangers RPM, Cora Hale in Teen Wolf, and Mary Stuart in Reign.

Adelaide first appeared on the Australian soap Neighbours as Lolly Allen, appearing for only three months before her time on the show ended. Some time later, she landed the role of Half-Human Hybrid Tenaya 7 on the children's show Power Rangers RPM (2009), which was filmed in Auckland, New Zealand. After wrapping up on the show, she then moved to Los Angeles and landed a few roles in independent films and web series, even appearing as a supporting character in The Purge (2013). Her big break would not come until she landed the role of Cora Hale on MTV's Teen Wolf, appearing in the show's third season in 2013. However, her stay on that show was cut short when it was announced that she would star as Mary Stuart, Queen of Scots, in the CW period drama Reign.

She came out as bisexual in 2021 via TikTok for Valentine's Day. Previously, she had briefly dated Jacques Colimon (they co-starred on Into the Dark episode Uncanny Annie). Currently she's dating Marthe Woertman, a model from the Netherlands.