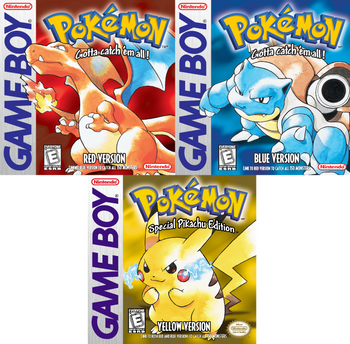 The games that started it all.
Pokémon FireRed and LeafGreen 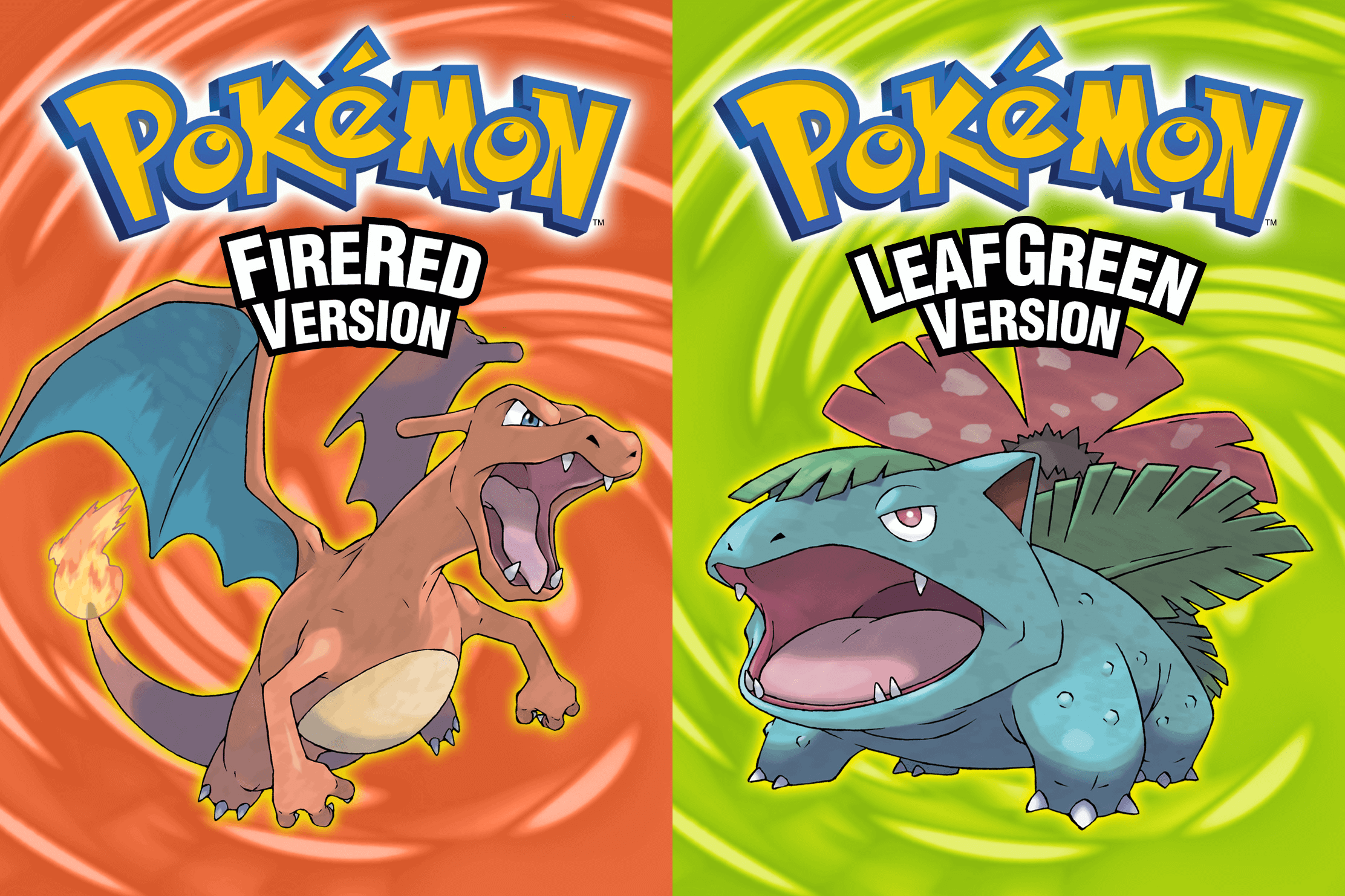 "You've finally been granted your Pokémon Trainer's license. Now, it's time to head out to become the world's greatest Pokémon Trainer. It's going to take all you've got to collect 150 Pokémon in this enormous world...can you develop the ultimate Pokémon strategy to defeat the eight Gym Leaders and become the greatest Pokémon Master of all time?"
— Blurb on the back of the boxes of Pokémon Red Version and Pokémon Blue Version
Advertisement:

The first installments of the Pokémon franchise hit the Game Boy in 1996 in Japan (as Red and Green; see below) and in 1998 in North America. Taking place in a part of the world called Kanto, based on the Japanese region of Kanto, the plot is simple: you, an eleven-year-old with a baseball cap, are offered your very first Pokémon by Professor Oak, the local authority on Pokémon. He gives you a choice of three different types: Bulbasaur, Charmander, or Squirtle. His own grandson, your long-time Rival, gets second pick, and takes advantage of this to snag whichever one happens to be strong against your chosen partner.

After a successful run, Red, Blue, and Yellow were followed by the Game Boy Color-enhanced (though they can still be played on a previous incarnation of the Game Boy, as well as later ones) Pokémon Gold and Silver, taking place three years after Red became champion and featuring a kid from Johto, a region west of Kanto, the return of Team Rocket, and improved the graphics that Yellow didn't (back sprites, etc.).