"Ash, uh, shouldn't we put some clothes on?"
—Brock 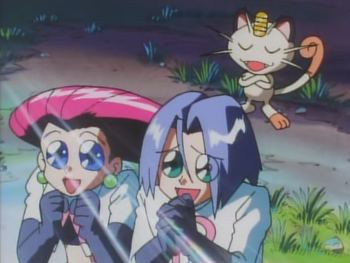 "Their time to evolve just happens to be now!"

A herd of Diglett are causing issues at a dam construction site. When the foreman calls trainers in, not even Ash and Gary can convince their Pokémon to take the Diglett on. An even bigger mystery, however, is Team Rocket trying to figure out how to evolve Ekans and Koffing when all they do is lose.