Sands of Destruction characters; some tropes will either apply to the anime, manga, or video game, so read at your own risk.

open/close all folders
Main Characters (playable in game, present in all adaptations) 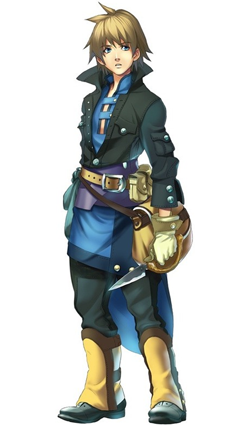 The main character of Sands of Destruction. Kyrie believes he is a normal human being and lives life in an isolated area where both humans and Ferals are treated equally. However, there is more than meets the eye as he has the power to destroy the world. Because of this he is forced to leave his hometown and journey with Morte, who wants to use him to destroy the world. 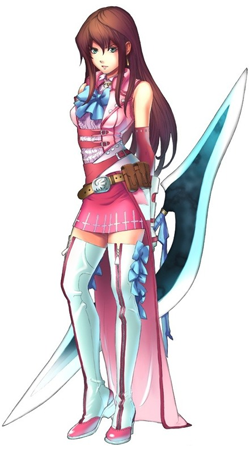 A sixteen year old girl with a troubled past and wants to destroy the world because of it. She was originally the only member of the World Destruction Committee (anime wise) until she encountered Kyrie and found out he had the power to destroy the world. With him by her side, she sets her sight of destroying the discrimination in the world. 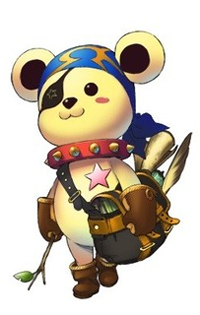 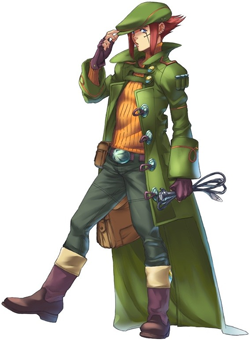 In the game and manga, Agan is a close friend to Morte, having been in the Golden Lions with her. In the anime, Agan is just a smuggler unaffiliated with the Golden Lions, simply running into Morte, Kyrie, and Toppy through chance. Either way, he often assists the heroes, either for free or a price.

A dragon Feral who has lived for over 300 years. Being the last of her kind, Rhi'a desires to see the end of the world per to dragon tradition in the game; in the anime, she most certainly does not want the world to end and hates Morte for wanting to destroy everything. Despite being calm in the game, in the anime she's prone to becoming trigger happy. She's not a fighter in the manga, preferring to sing and be silly. 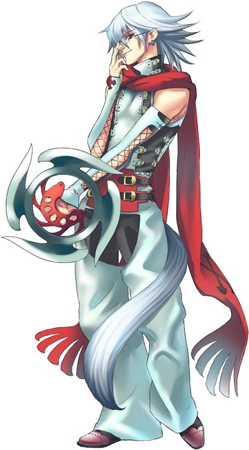 A half-human, half-beastman born to the previous Lupus Rex and a human woman, which earns him a large amount of scorn and racism; how racist changes in all three formats. Very analytical and competent, Naja is the main pursuer to the World Destruction Committee.

Ruler of Zetska Manor and nearby Barni Village, where Kyrie lived.

The current ruler of the wolf tribe; he deposed Naja's father for marrying a human woman.

Another of the twelve Beastlords. He traps the Front in their own memories.

The founder of the library at Galoa. He likes reading and giving lectures, and often stays neutral in regards to the other Beastlords’ decisions.
Primal Lords

The origin of water in the game world. Killing him dries up parts of Viteau, making new areas available for later exploration.

The origin of soil in the game world.

The origin of fire in the game world.

The origin of wind and breezes in the game world.
Celestial Beings (unmarked spoilers for final boss and manga)

The Creator of the entire world who has grown tired of it and now wishes to destroy it using Kyrie. 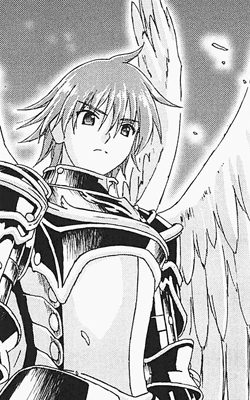 One half of the Destruct system in the manga, the other half being Kyrie himself. Like Kyrie, he's capable of turning things to sand. Unlike Kyrie, he wants to fulfill his destiny to destroy the world.
Other Characters

Kyrie's uncle who has raised him since he was young in the game.

The son of the current Lupus Rex.

The commander of the Golden Lions and Agan's old friend.

An anime-only young man whose importance to the plot is not revealed until very late in the story.

A human woman who was falsely imprisoned and a beastman prison guard who have fallen in love.

An old friend of Taupy's who was once a fellow member of the Hero Guild. 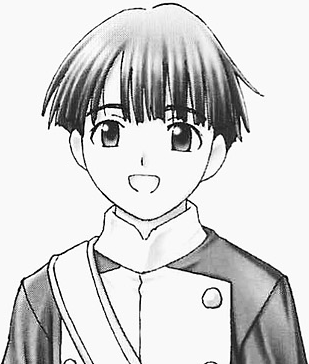 Naja's second leutenant in the manga. He's a bit of a fanboy and records everything Naja does, so he always has a camera on hand.

Rhia's grandfather and an expert on the nature of the world. She suggests Kyrie consult with him to learn about his powers and destiny.