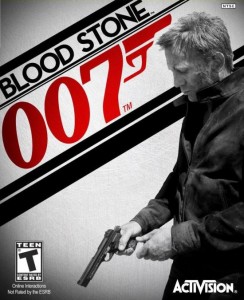 The One With… the plot that nicely dovetails into Spectre's.

A James Bond video game, the 23rd according to The Other Wiki, released November 2010, Blood Stone is a Third-Person Shooter with an original Bruce Feirstein-penned plot and featuring the voices and likenesses of Daniel Craig, Judi Dench and Joss Stone, who sang for it.

The plot centres around the kidnapping of influential scientists working on the UK's top-secret biochemical projects. In the process of his investigation, Bond is sent to numerous locations worldwide, engaging in infiltration, gunfights and insanely cool car chases.

See GoldenEye (2010) and 007 Legends for the other two Bond games featuring Craig.