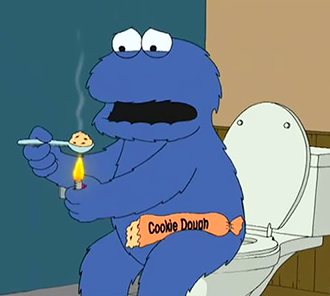 Any situation which is made, sometimes for comic effect, sometimes for dramatic effect, to look like another situation — not in the sense that it is mistaken for that other situation by any of the characters, just in the sense that we the audience see the resemblance; the characters do not. Alternatively, it can refer to an ersatz of something more familiar that the audience would immediately recognize in subtext, in order to make it look less Anvilicious, but it doesn't always succeed in fulfilling the latter. The situation doesn't always have to mean anything sexual, however it is the most common use of the trope.

This sort of situation can lead to a Mistaken for Index plot if some other character hears it out of context. May result in Getting Crap Past the Radar if it alludes to something that would normally get censored. Similar to Innocent Innuendo/Visual Innuendo in that each of these tropes attempts to draw suggestive ideas from the audience; however Innocent Innuendo/Visual Innuendo attempt to trick the audience into thinking the situation is different from what it really is, whereas this trope is upfront about the situation and merely draws parallels to those suggestive ideas. Not to be confused with Ironic Echo, which can easily use this trope's title as a Lampshade Hanging.