This page lists the characters of Sarazanmai and the tropes associated with them.

All spoilers regarding Dark Keppi's entry are unmarked. You Have Been Warned. 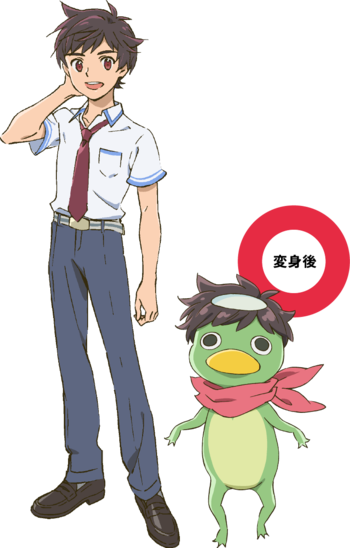 A second-year middle school student. He used to love soccer and used to have a bright personality, but now he's obsessed with "that." 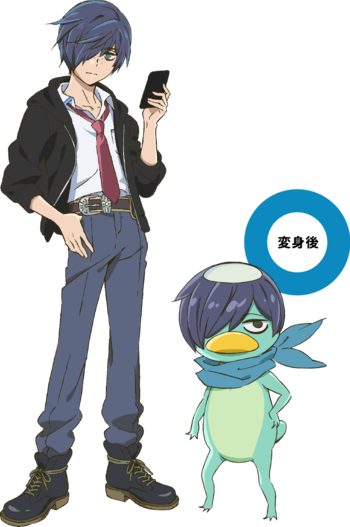 A second-year middle school student who transferred into Kazuki's class. Due to a nasty rumor, he is isolated from the rest of the class.

We're not so different. We both will do anything to get what we want. 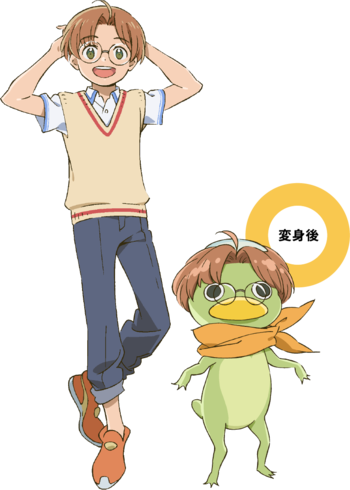 Kazuki’s childhood friend. When they were in the soccer club together they were known as the “Golden Combo”. 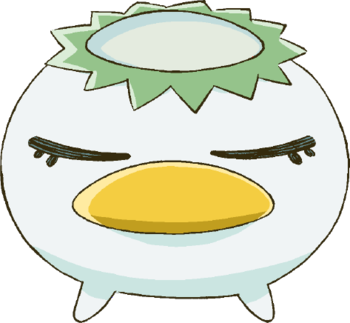 The self-proclaimed first ruler of the Kappa kingdom and a mysterious kappa-like life form. Turns people into kappa by pulling out their shirikodama.

A police officer working in a police box and Mabu’s partner.

A police officer working in a police box and Reo’s partner. 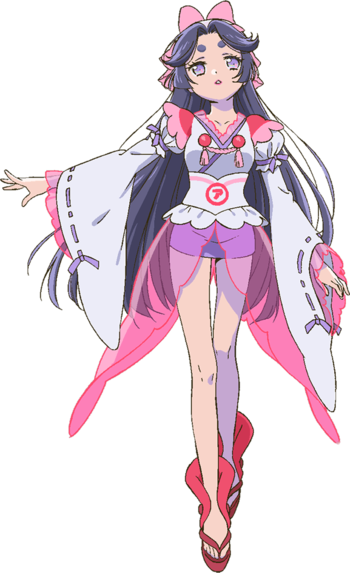 An idol and MC of the local program “Asakusa Sara TV”.

Tooi’s brother. He does bad things for a living, so he’s constantly exposed to dangerous situations. Currently living separately from Tooi. 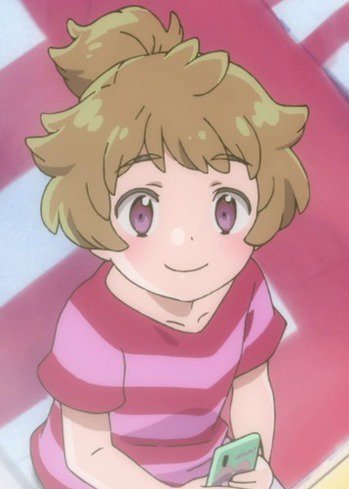 Kazuki's younger brother, who's a big fan of Sara Azuma.

The first zombie the boys face. He was a originally a man who liked to steal boxes to wear over his head and run around naked.

The second zombie. He abducted cats and shaved off all their fur to make a convincing cat costume so his cat-loving girlfriend will love him.

The third zombie. In life, he was a young fishmonger who was also a womanizer, and was arrested for trying to wed them and commit marriage fraud by driving them to suicide.

The fourth Zombie. Originally a man named Sobatani Yudeo, he was accused of stealing the used bathwater of one of his female regulars. It turns out, he wanted to make soup using that water.

The Final Zombie (Spoilers below!)

The seventh Zombie. He willingly threw himself into the extraction vat in order to have a chance to connect with his beloved partner.

An Otter that also substitutes as a doctor.

A piece of Keppi that split off from him after the Otter invasion ten years prior to the story. He is a living embodiment of despair, currently captured by the Otter faction.