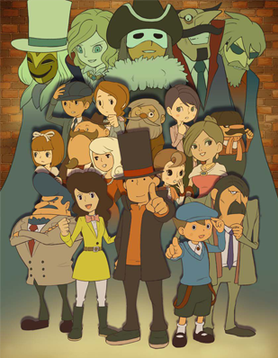 Note: This series has Loads and Loads of Characters if you include every single NPC, so let's just stick to the main cast.

A mysterious girl from St. Mystere. 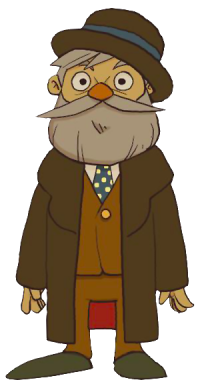 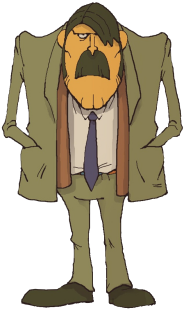 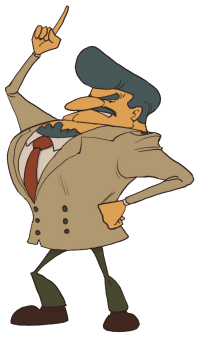 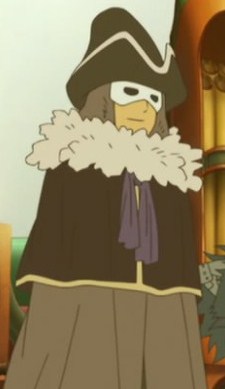 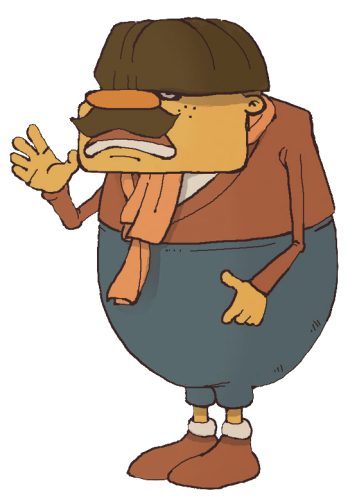 Essentially Stachenscarfen's replacement in the prequel games, filling his role as the non-plot-relevant character who helps explain game mechanics.

A rich woman in St. Mystere, the widow of the recently deceased Baron Reinhold. She asks Layton to help her solve the mystery of the Golden Apple.

The late Baron of St. Mystere, father of Flora.

The butler of the Reinhold mansion.

A somewhat snide individual, he identifies himself as Baron Reinhold's nephew. His murder is what prompts the arrival of Inspector Chelmey in St. Mystere.

Known for his creepy purple lips, Ramon can almost always be found outside the mansion.

An old friend of the baron who is desperate to find a girl.

The Baron's late wife and the mother of Flora.

The owner of the Molentary Express.

The conductor on the Molentary Express, nephew to Mr. Beluga, and wannabe rock star. He accidentally breaks Beluga's camera and gives it to Layton to fix, thus kickstarting the Camera minigame.

"Sophia belongs to me! YOU CAN'T HAVE HER!"

The main antagonist in the second game. He lives in a castle near Folsense with his butler and has ties to the Elysian Box. He calls himself a vampire and kidnaps whoever dares to go to the Folsense Mines.