Here is a list of characters from Professor Layton vs. Phoenix Wright: Ace Attorney. But as for any game long enough, beware of MAJOR unmarked spoilers! 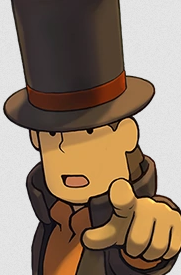 The protagonist of the Professor Layton series, and one of the protagonists of this game. Layton is a world-renowned archaeology professor and puzzle-solver who always acts the role of a perfect gentleman.

Layton's young apprentice, who strives to become a proper English gentleman like the professor. He has the ability to speak to animals.
Phoenix Wright 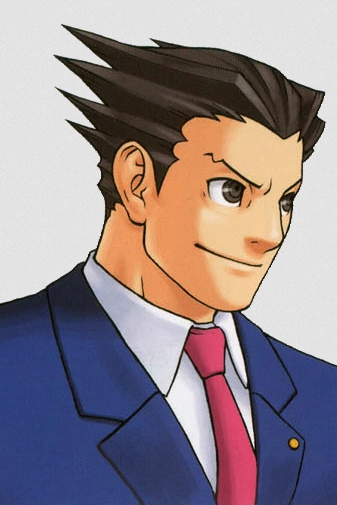 The protagonist of the Ace Attorney series (well, most of it), and one of the protagonists of this game. Phoenix is a quick-thinking, honest defense attorney who is known for his ability to turn even the most hopeless of trials around.
Maya Fey 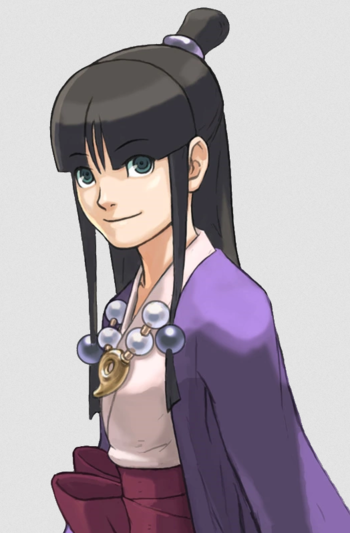 Phoenix's assistant, the younger sister of his deceased mentor Mia Fey. As a spirit medium-in-training, she's been known to call on her sister to help Phoenix out of a pinch.
Espella Cantabella (Mahoney Catalucia) 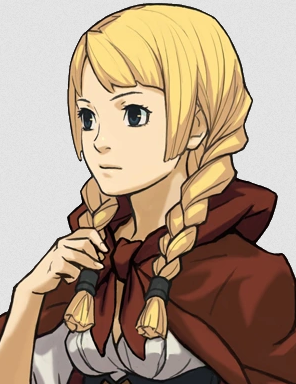 A mysterious blonde girl living in Labyrinthia who finds herself pursued by forces beyond her control and accused of witchcraft. She seeks out Layton and Phoenix alike to ask for their help.
Sir Zacharias Barnham (Sir Jiiken Barnrod) 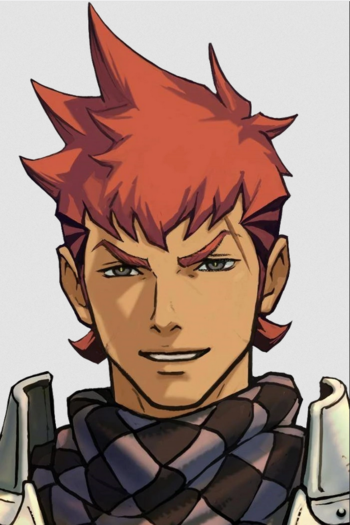 A renowned knight of Labyrinthia who has taken it upon himself to serve as prosecutor of the city's witch trials. 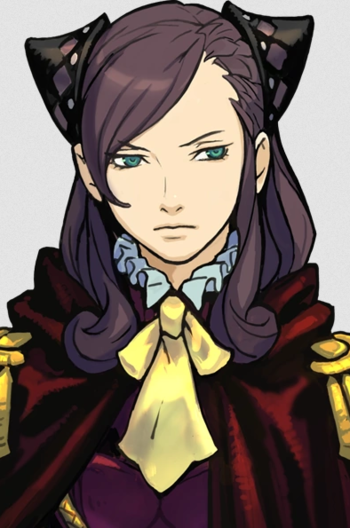 Poses as Espella's teacher in London. In Labyrinthia, she acts as chief prosecutor and as the Storyteller's right-hand-woman.
The Storyteller 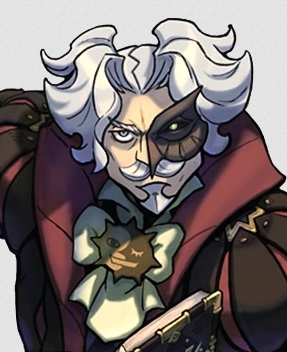 The ruler of Labyrinthia; it is said that whatever he writes in his book becomes reality. Which is not true of course, the townspeople are under More Than Mind Control and thus they believe that he's responsible for everything that happens in their lives, but that's all. 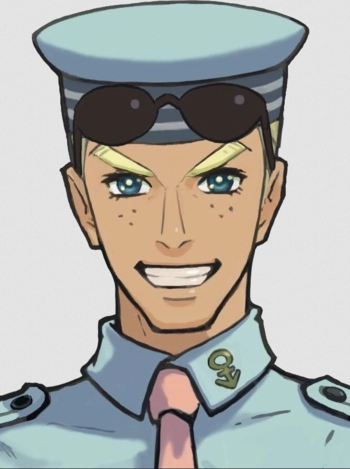 A high-strung, highly-dedicated security guard working on a London barge, and a witness in the prologue case.
Olivia Aldente (Olive Ardente) 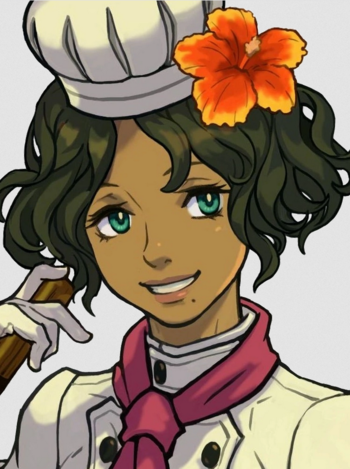 Victim of the prologue case (though she survived), a chef working on the same barge as Smiles. She's actually a jewel smuggler who's been using the barge's PC Badger dolls as mules. When she saw Espella messing with one of the dolls with a jewel in it, she panicked and tried to shut her up permanently, but got clonked upside the head before she could finish the job. 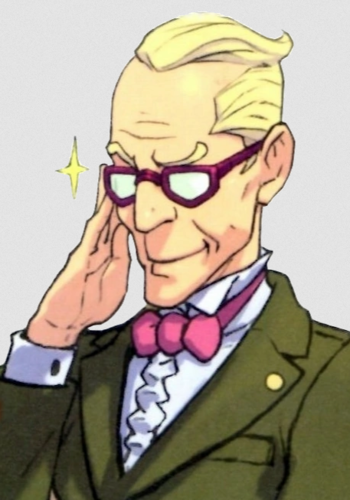 The prosecutor of the prologue case. Generally sort of wimpy.
Bardly (Merun) 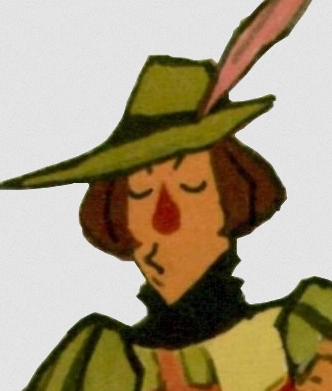 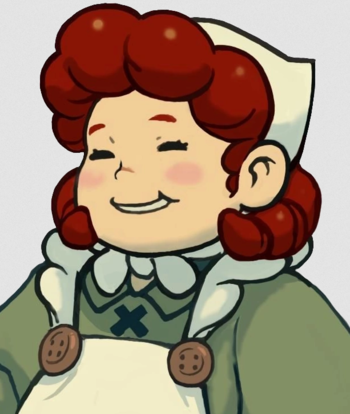 The best baker in Labyrinthia, and a dear friend to Espella.
Ridelle Mystere (Nazomi Steria) 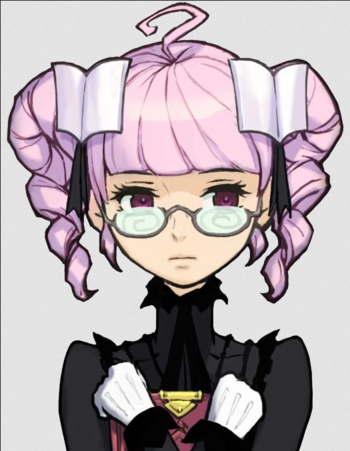 The librarian of Labyrinthia, who deeply loves puzzles. Any puzzles missed during the adventure will be sent to her, much like Granny Riddleton in the main Professor Layton games.
The Judge of Labyrinthia 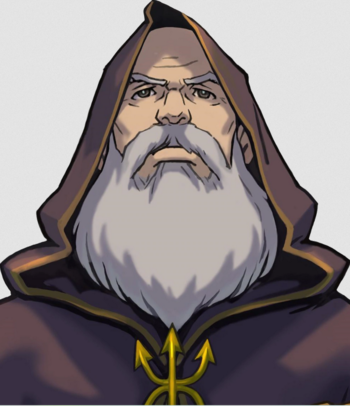 A hooded, stern judge who presides over the Witch Trials. Though he bears a striking resemblance to his Ace Attorney counterpart, he's significantly more serious and level-headed.
Wordsmith (Kyke) 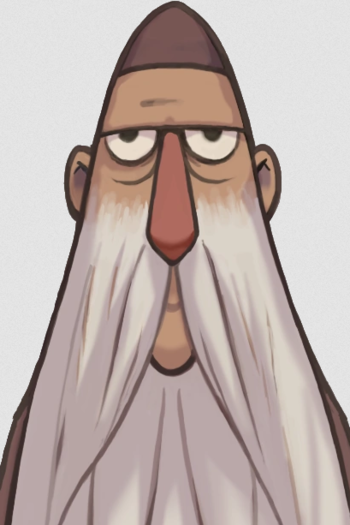 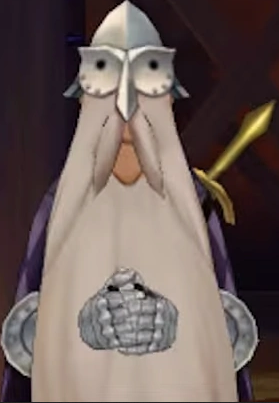 A head-in-the-clouds, unemployed old man who acts as a witness in Espella's trial. He also moonlights as a member of the local guard for the bell tower, and winds up testifying in Espella's second trial as well.
Mary (Bertha) 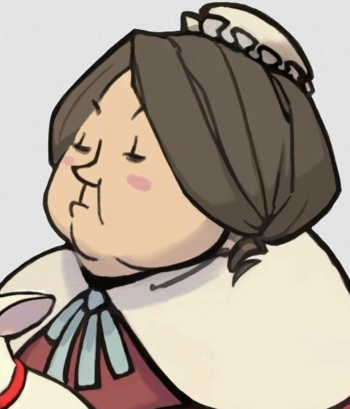 A down-to-earth, stubborn middle-aged woman who raises goats, and a witness in Espella's trial. The night of the crime, she took a bucket of milk from the scene that Espella had been carrying so it wouldn't go to waste, not knowing there was vital evidence at the bottom of it.
Kira (Madalla) 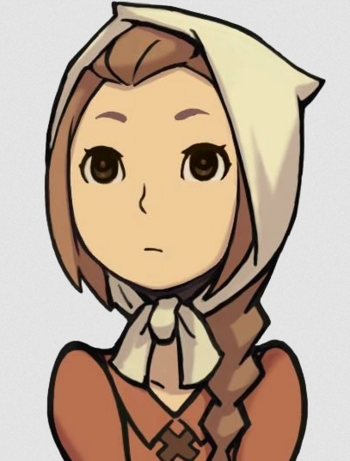 A young flower seller who acts as a witness in Espella's trial.
Knightle (Knights) 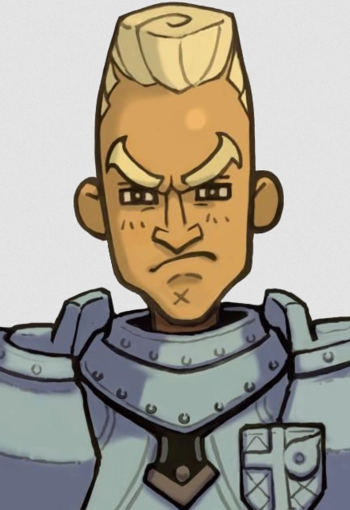 An unemployed young man so dedicated to becoming a knight that he'll only let himself be called, well, Knightle. A witness in Espella's trial.
Emeer Punchenbaug (Emil Sandbag) 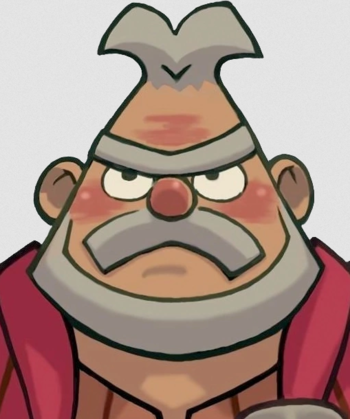 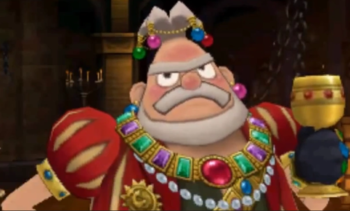 A drunken middle-aged man who pops up time and again around Labyrinthia, and a witness in Espella's trial. Three months ago, he was also one of the people to find the alchemist Newton Belduke's body, and innocently took a bottle of deadly poison from the scene. When Layton was apparently turned to gold there in the present, he stole Layton's arm, sold it, and self-styled himself as "Emeer Punchenbaug the First" before being called to testify in Maya's trial.
Jean Greyerl (Patras Earlgrey) 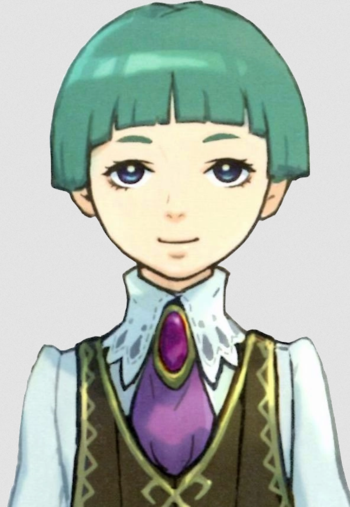 [[labelnote: Click here to see her as a girl 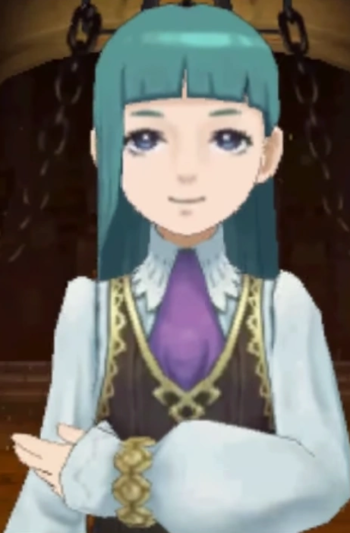 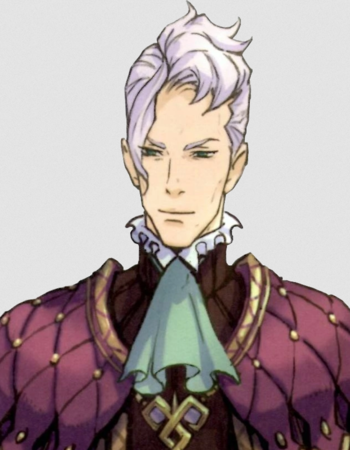 An alchemist who died mysteriously several months prior to the game's events. The cause of his death has been attributed to witchcraft, but since little else is known about it, it remains the Knights' only unsolved case.
Birdly (Fermata) 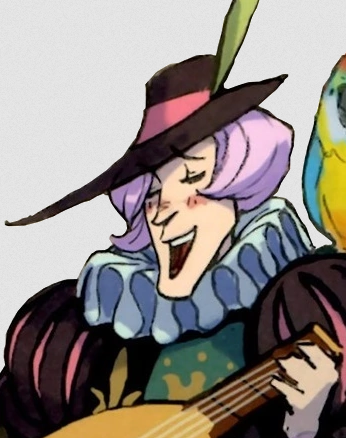 Another bard in Labyrinthia who started gaining popularity around the time of Phoenix's first witch trial. He's accompanied by his parrot, Cracker.
Primstone (Tataaseru) 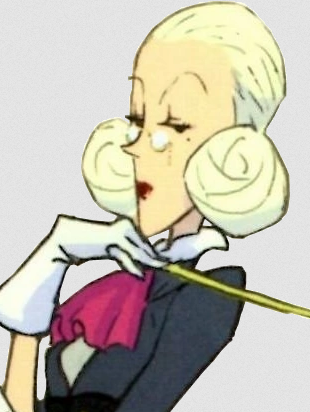 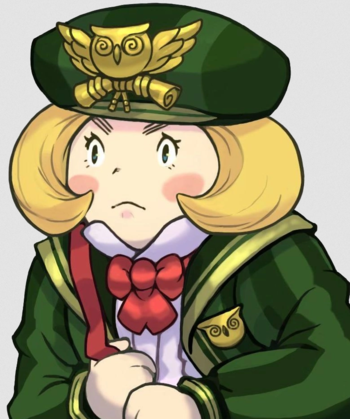 The only mail-lady in Labyrinthia. She is hard-working and very dedicated to her job. Also appears as a surprise witness in Maya's trial.
Vigilantes 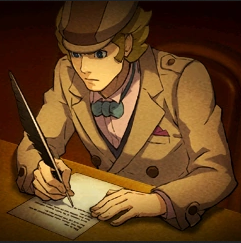 A former student of Layton's, now a detective. His letter to Layton kickstarts the latter's involvement in the plot. He was trying to solve the mysteries of Labyrinthia, but was found by witches before he was able to do anything else. He managed to escape with Espella, but the car they were travelling in was wrecked, causing him to be hospitalized, and he doesn't appear for the remainder of the story.
Rouge (Rabure) 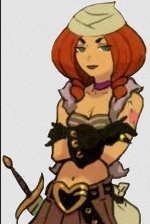 A woman who owns a tavern on the seedier side of town.
Robbs and Muggs (Aris and Teles) 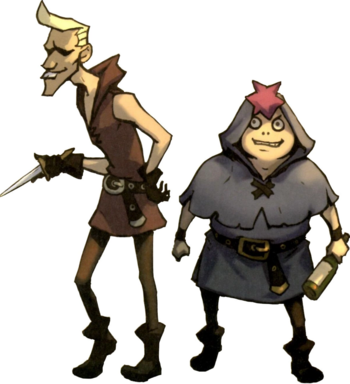 The two thieves that attacked Espella for money and appeared to end up dead because of a fire spell. In reality, the event was staged and Robbs and Muggs become part of the Shades.