The following is a list of characters from the Visual Novel Princess Evangile.

One of two societies in Vincennes vying for control of the Student Council. They are progressives that support the school's reformation movement, which would allow for the school to accept male students and become coed in order to survive for future generations. They wholly support Masaya's stay in their school, and as a result, he decides to become one of their affiliates early on. 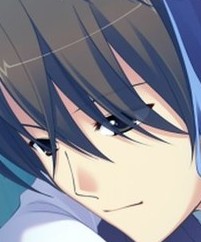 The protagonist of the story. Thanks to a string of bad luck with the Yakuza and his father's debts catching up to him, he is forced to flee his old apartment and abandon his old life of odd jobs and his old school. Thanks to a chance encounter with a certain Vincennes Academy student, he manages to turn his fortunes around by ending up in the exclusive all-girls school as its first male student.

His bestowed title in Vincennes is "Tentateur Serpent" (Seductive Snake). 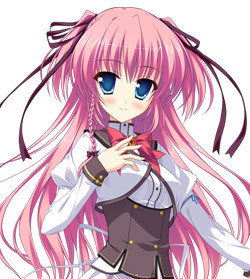 Head of the White Lily Society. After a chance encounter with the Vincennes security and the Yakuza one night, she decides to repay her savior by allowing him into the school as part of the potential coed integration program her grandmother is a part of.

Her title is "Soleil D'Ecole" (Sun of the School). 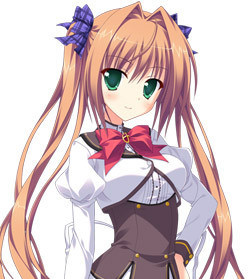 A childhood friend of Masaya's, who enrolled into Vincennes during Final Course. Because of this, and the fact that she's from a middle class family, she's mostly looked down upon by most other students. She becomes an affiliate of the White Lily Society after Masaya and Rise convince her that the reformation will also benefit on her end. Aside from this, she is also a member of the school's track club.

Because of her social status and lack of fame, she doesn't have any title. 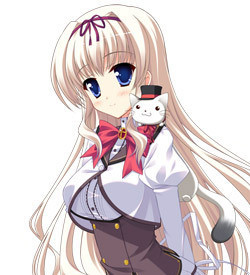 Chiho's classmate, and a member of the bread baking club. After a chance encounter with Masaya early into his first term in Vincennes, she develops an interest in him, having never met any young men her age before. She becomes an affiliate of the White Lily Society after Rise requests her for help in recruiting Chiho. 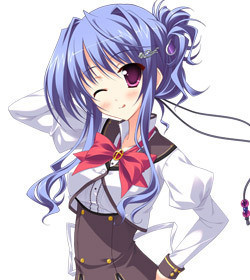 The school's resident troublemaker, and as such she's not a stickler for the rules. She's also the older sister of Ritsuko, and one of two daughters of the headmistress.

Because of her aloof nature and troublemaking tendencies, she doesn't have a title, and is instead called "The other Kitamikado".

One of two societies vying for control of the Student Council. They are conservatives that oppose the reformation program, and wish for the school to retain its status as an exclusive all-girls school even with the possible risk of bankrupting the establishment. By extension, they wish for Masaya to transfer out as soon as possible, at least at first. As time goes on, they turn out to be really affable, and aren't as hostile as they seem, although they still wish for Vincennes to remain a One-Gender School. 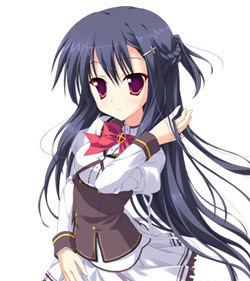 The new head of the Red Rose Society, appointed by Marika and Mitsuki due to her popularity rivaling that of Rise's. Despite this, she still follows Mitsuki's policies and planning. She is also the younger sister of Ayaka, and one of daughters of the Headmistress. 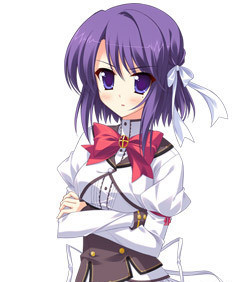 Head of the Red Rose Society until she decides to appoint Ritsuko as its new leader. Despite this power change, she still manages the majority of the society's operations. It's also made clear early on that she has a rivalry with Rise, as well as having an intense dislike for Masaya.

Her titles are "Chef de Corps" (Captain of the Guard) and "Larme de Lune" (Tears of the Moon). 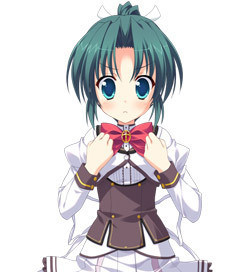 An affiliate of the Red Rose Society who looks up to Ritsuko as an idol figure. She's also the president of the Naginata club.

Other students and faculty

Students and Faculty of Vincennes who are not directly associated with the White Lily and Red Rose Societies. 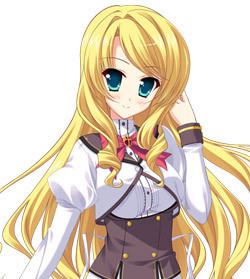 The Student Council President at Vincennes. While technically neutral in the potential reformation program, it becomes clear that she's sympathetic to the cause of the Red Rose Society, specifically with Mitsuki. 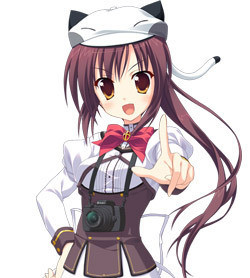 The president of the school's newspaper club, and an enthusiastic journalist. Following Masaya's application into Vincennes, she decides to cover stories relating to his stay there. 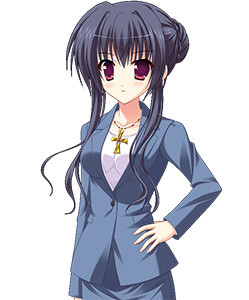 The headmistress of Vincennes and the mother of Ayaka and Ritsuko. 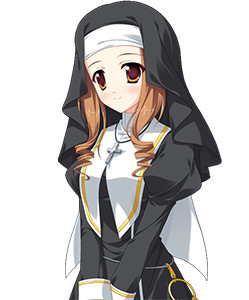 A nun at Vincennes who serves as Masaya's homeroom teacher. 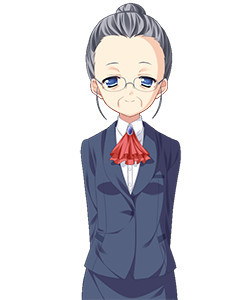 The chairwoman of Vincennes, Rise's grandmother and Kaori's mother. 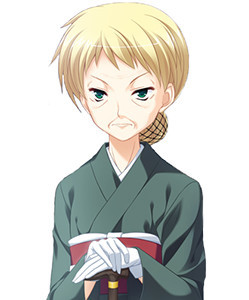 Marika's grandmother, who is a member of the board of directors for Vincennes, as well as the former Chairwoman before Mitsuko. She supports the headmistress' opposition movement, but apparently has her own reasons for it.

Characters not associated with Vincennes, such as students' parents, relatives, pets, and loved ones, as well as antagonists.

A pair of Yakuza thugs who are hired by loan sharks to collect Masaya's father's debt. Aside from this, they also engage in kidnappings for ransom, as well as causing trouble for money. 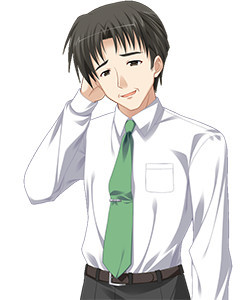 Masaya's father, a Con Man who refuses to find an actual job, and would rather swindle his way into getting money. 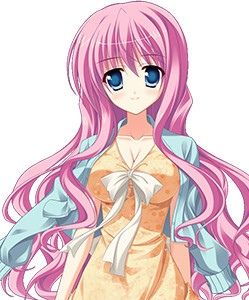 Rise's mother and an alumnus of Vincennes. 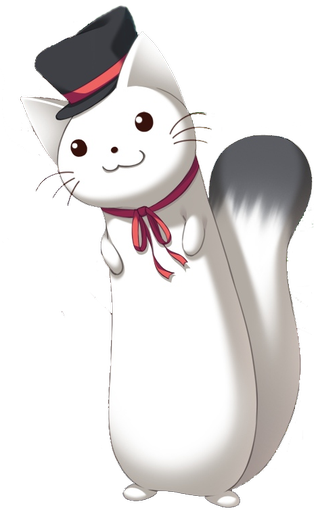 Ruriko's pet. A "stoat" (at least, that's what Masaya assumes when he first sees him) that she found while exploring Mt. Amuro, she decided to nurse him back to health. He has a fondness for the bread that she bakes. 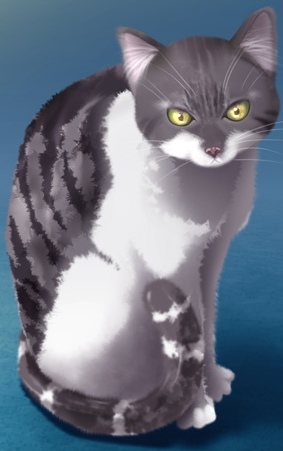 A stray cat that Masaya encounters during the prologue. 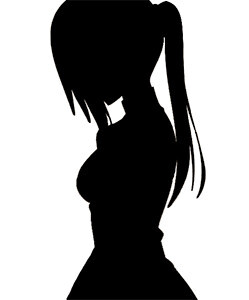 Masaya's mother, and Shinya's ex-wife. Fed up with Shinya's criminal lifestyle, she left him in order to start a new and hopefully better life. Unfortunately, she ends up reluctantly abandoning her son after he takes pity on his father and refuses to leave him. 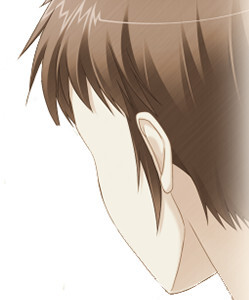 Rise's father, Kaori's husband, and Mistuko's son-in-law. He is a businessman based in Tokyo, who visits the city where Vincennes is on occasion to see both his wife and daughter. 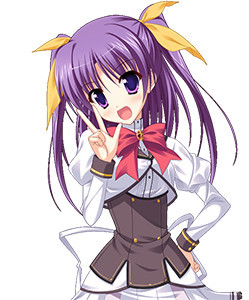 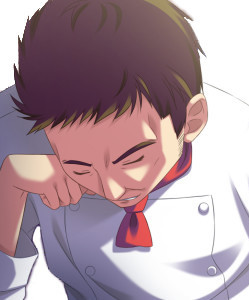 Ayaka and Ritsuko's father who runs a restaurant as a chef.
Tomie Onodera
Eitaro 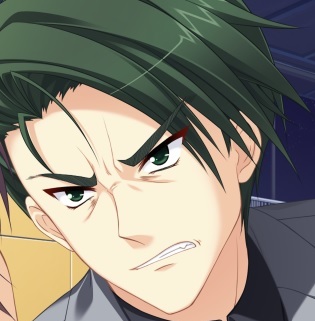 Ruriko's former fiancee. The only son of the owner of a large construction company, he has close ties with Ruriko's father.
Chiho's parents
Ruriko's parents

Ruriko's mother and father. Her father is the influential head of the Kamiyagi conglomerate, the richest company in the country. As such, he's the school's largest donor of funds, and is what is keeping the school from verging on bankruptcy.

Konomi's parents
Mr. and Mrs. Yanase, introduced properly in Konomi's route. Her father is an average salaryman, while her mother's job is unstated, although it's implied that she's an assistant instructor at the dojo they own.
Konomi's grandmother
Introduced in Konomi's route, Konomi's grandmother is the head instructor of her family's dojo. As such, she is really skilled with the Naginata, and taught everything she knows to Konomi.
Tamie's parents

Tamie's mother and father. They only appear in her route from W Happiness. 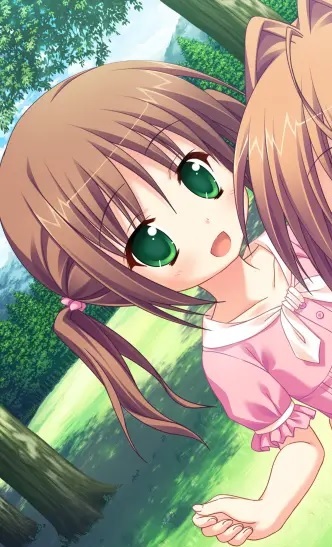 Masaya's and Chiho's daughter, who is introduced late in Chiho's route epilogue.