The characters page for Devilman and its adaptations. Still under heavy construction.

Note: Any characters who appear only in Devilman (1972) or DEVILMAN crybaby, or any tropes relating to the difference in characterizations between 1972, Crybaby, and the original manga, are placed in separate character pages. For them, click here.

For characters specifically related to one of its sequels, Devilman Lady, click here (though it's currently under heavy construction).

As always, beware of unmarked spoilers. 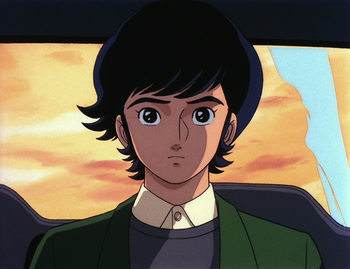 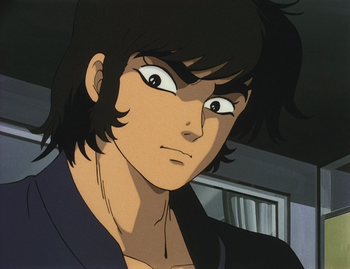 Our protagonist and hero. Akira was a normal high school boy before being roped into Ryo’s Devil-Fusing scheme, and the resulting fusion of man and demon has turned him into something greater than both: he has the physical capabilities of a demon and the morals of a human being, allowing him to take on the demonic hordes without losing his morality in the process.

Before his fusion, he was a meek and soft-spoken young boy. After his transformation, he becomes more aggressive and confrontational, but there are several moments that show him to be the good person that he once was deep down. 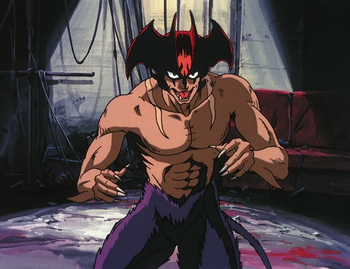 The alter ego of Akira, and the half-demon half-human protector of mankind. Akira transforms into this whenever he needs to fight and does so by violently morphing into a goat/bird-legged batlike creature.

The demon Akira possessed, Amon, is famous among demons as one of, the most powerful demons of all time. Amon began life as a demon called the White Monster and was adopted by a tribe of Sirenes. After the tribe was mostly wiped out by t-rexes, he joined the united demon tribe formed by Satan alongside two other survivors: an albino known as the White Sirene and on who had lost her wings called Sheena. After learning of the legend of Deathless Amon from Kaim, the White Monster climbed Amon's ladder and challenged the legendary demon, eventually winning their battle and claiming Amin's power and name for himself. 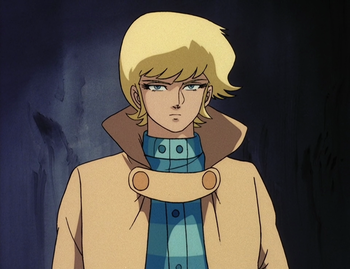 Akira's best friend, who is the one responsible for him becoming Devilman. He's very loose on morals and believes in extreme methods in order to wipe the demons. Ryo is also very possessive and territorial towards Akira and dismissive of everyone else. 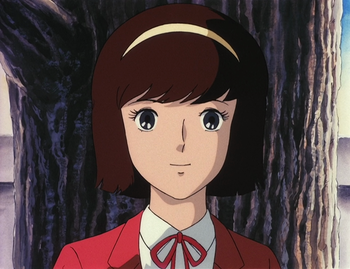 Our protagonist's Love Interest, and an all-around sweethearted girl. 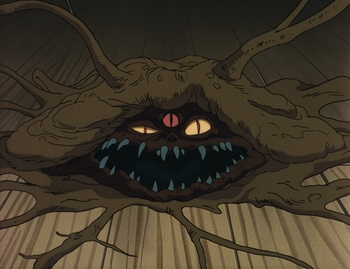 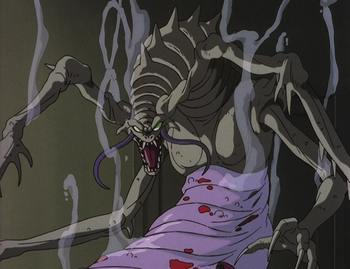 A mantis-like demon and one of Sirene's two henchmen, capable of manipulating water to attack victims and opponents. He also has the ability to possess anyone who consumes him after turning into seemingly-ordinary water. 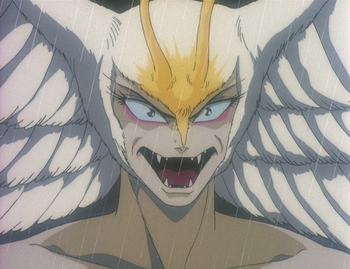 Voiced by: Haruko Kitahama (original series), Kyôko Satomi (Mazinger Z vs. Devilman), Yoshiko Sakakibara (The Demon Bird and CB Chara Nagai Go World OAV's), Atsuko Tanaka (Devilman PSX, Crybaby), Tomoko Kawakami (Mahjong PC game), Masumi Asano (CR Devilman Awakening)
The lover of Amon and one of the 100 Demon Soldiers that serves under Demon General Zann. Called upon by Zenon to slay Akira, she has become a major character and rival to Devilman. In Devilman Saga she is a solitary warrior who becomes synchronized with her alter-ego Shiranui.
Advertisement:
Kaim 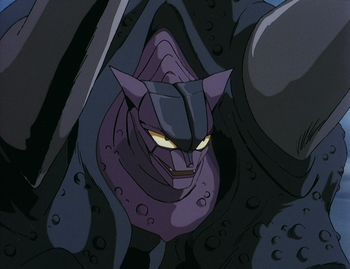 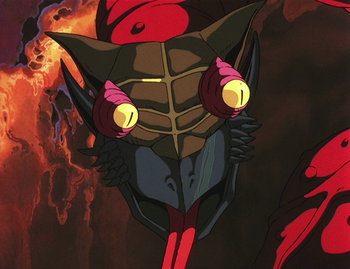 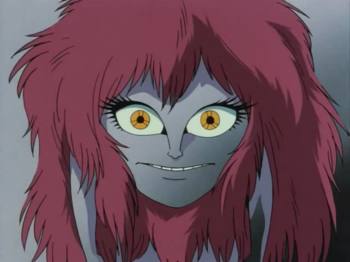 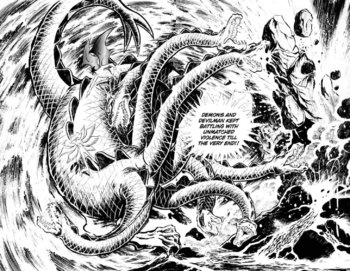 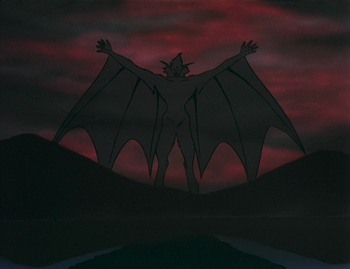 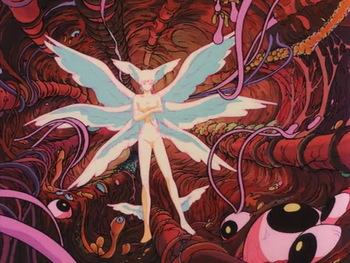 The real identity of Ryo Asuka. Actually an angel, but allied with and the ruler of demonkind. His main goal is the obliteration of humankind so that demons can regain control of the earth.

A girl fused with the demon Tollg, one of the first Devilmen.

Bonds of Hinduism
A group of six Hindu monks fused with demons who help Akira.
Agira
Devilman's mount in the Devilman Corps.

The parents of Miki and Tare who took Akira in.

The younger brother of Miki.

The Dosu-Roku Gang
A gang of neighborhood delinquents from Akira and Miki's school. 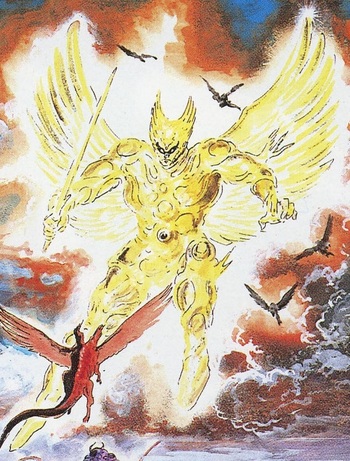 The creator of the universe. He intends to destroy anything that does not fit his vision of order.