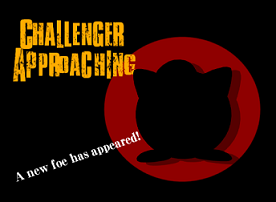 Easy to recognize when not looking from above.
"HERE COMES A NEW CHALLENGER!"
—Street Fighter
Advertisement:

A secret character is a character where the player has to complete some sort of specific action in order to challenge and/or unlock them. Like any other form of Unlockable Content, doing this is not required to finish the game.

If the game's a Role-Playing Game, this character can be recruited to your Player Party, sometimes through extremely convoluted means, sometimes as New Game Plus reward. In this case, the fact that they can join you can make them a Walking Spoiler.

In a Fighting Game, uncovering the character may be as simple as holding down a button while you select a certain fighter, or you may have to beat the game on the hardest setting, without using any continues. In many fighting games, there is also a secondary path to getting characters that usually entails a set number of versus matches completed or a set amount of gameplay time for those who don't want to play the story mode.

In some games, the secret character also appears as a Non-Player Character. If they appear as a boss, unlocking them may be as simple as defeating them in the boss fight.

Some secret characters are permanently missable depending on the means used to unlock or acquire them.

See also Optional Party Member and Guest Fighter. If it's an entirely different protagonist in a game with a single playable character, it's Another Side, Another Story. If a secret character is also the most powerful enemy in the game, they double as the True Final Boss.