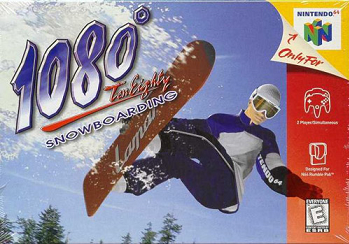 1080° Snowboarding, often referred to as just 1080°, is a snowboard Racing Game developed and published by Nintendo for the Nintendo 64 and first released in Japan on 28 February 1998. The player controls one of five playable snowboarders from a third-person perspective using a combination of buttons to jump and perform tricks over eight levels.

It received a sequel, 1080° Avalanche, for the Nintendo GameCube in 2003, developed by Nintendo Software Technology.