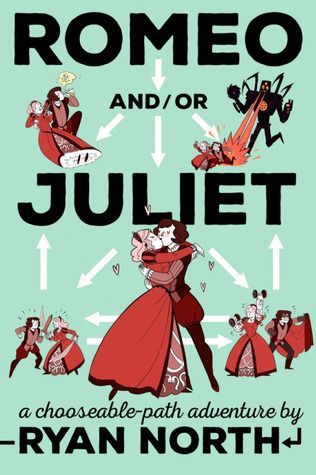 Ryan North's follow-up Gamebook after the success of To Be or Not To Be: That Is the Adventure, this time adapting William Shakespeare's Romeo and Juliet. Again using the idea that Shakespeare merely used one path as his actual play, the reader can go through multiple plotlines, with wildly varying degrees of realism as Romeo, Juliet or unlockable characters.

Romeo and/or Juliet provides examples of: