Literature / Salmon Fishing in the Yemen 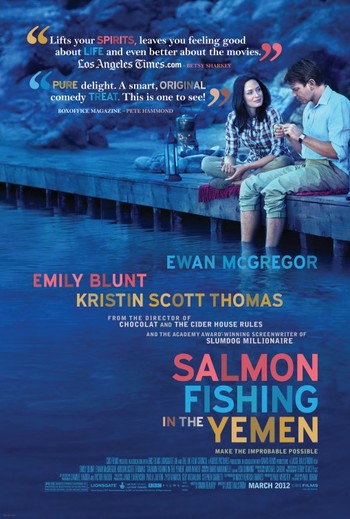 Salmon Fishing in the Yemen is a 2007 comedic novel by Paul Torday. It's a political satire on New Labour spin in Britain. And about an attempt to bring salmon to the Yemen so the people could enjoy the wonderful effects of fishing.

It was adapted into a movie in 2011, directed by Lasse Hallström and starring Emily Blunt, Ewan McGregor and Kristin Scott Thomas.