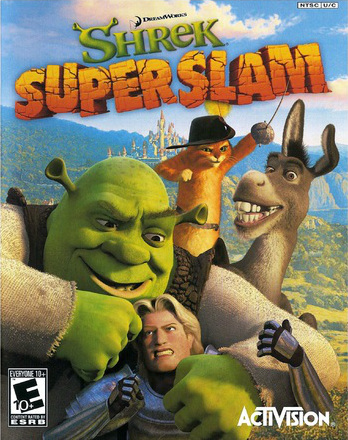 It's all ogre now.
Shrek SuperSlam is a fighting game by Activision which features characters from the Shrek series. It takes inspiration from several different fighting games, but the most prominent would be Power Stone. The plot of the game revolves around Shrek and his friends telling the Dronkey babies bedtime stories to put them to sleep after they burn up the book. Somehow, all of these stories turn out to be epic battles, setting up the gameplay.