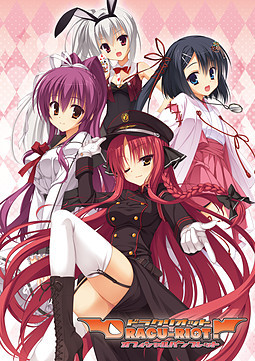 The story begins when the protagonist, Yuuto Mutsura, comes to an artificial island called "Aqua Eden", along with his friend Naota Kurahashi; Naoto's goal being the loss of his virgin status (Yuuto thought it would be a casino-and-restaurant trip instead). However, a misunderstanding with a girl named Miu Yarai, which involves her getting kidnapped, has Yuuto go to rescue her. When he is taken hostage and gets attacked by a woman, it results in him turning into a vampire. Once he recovers, Yuuto realizes that "Aqua Eden" is a safe haven for vampires and he, now being a vampire himself, is no longer allowed to leave. Therefore, Yuuto must adjust to his new life as a creature of the night, while attending school and join the Public Order Committee, a special task force who specializes in bringing other vampires to justice. However, there's more to Yuuto's new power than he first realizes.

An English fanpatch was in the works, and it was nearly complete before it unfortunately stopped at Miu's route. A second fan patch, overhauling the original one and completing things, was released in September 2016.

An official English release was announced by NekoNyan while giving the game an HD remaster with a joint collaboration with Yuzu-Soft.