The Runaway
aka: Running Away From Home 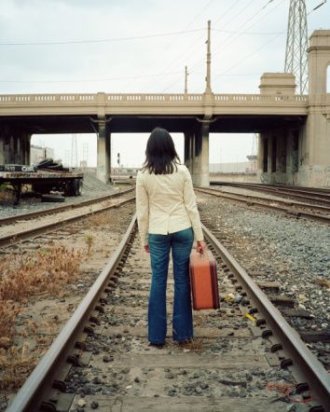 The Runaway is a child or teenager who runs away from their home and parents or guardians. They can do this for a variety of reasons, but there are six motivations commonly used in fiction:

The Runaway may be going to a Runaway Hideaway.

Has nothing to do with The Runaway Guys. Compare to A Pet into the Wild for domestic animals running away. Compare and Contrast Forced from Their Home, where someone isn't in this situation by choice.

Sadly Truth in Television, especially for larger countries like India and the U.S.

Alternative Title(s): Running Away From Home