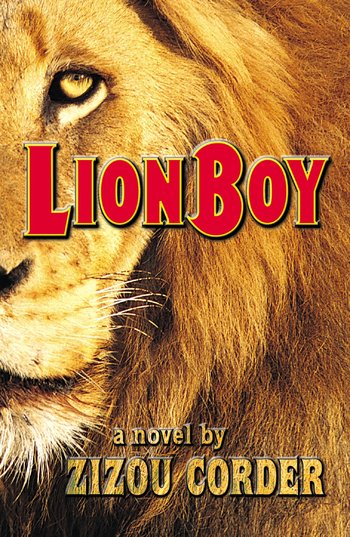 The Lionboy trilogy is a young adult series by Zizou Corder, the pseudonym of Louisa Young and Isabel Adomakoh Young. Our hero is a British boy named Charlie who was born to a black father, Aneba, and a white mother, Magdalen. But Charlie is even more special than he seems. He can speak to cats because of an incident when he was a baby. Aneba, had taken him with him on an expedition in the jungle when they came across a leopard and her baby. Aneba gave them some tranquilizer, and the baby leopard playfully scratched Charlie, who ended up getting some of the baby leopard's blood in his body.

One day, he comes home from school to find that his parents have been kidnapped. Popular kid Rafi takes Charlie to his house, but Charlie quickly deduces that Rafi is up to no good, and escapes. Rafi chases after him with his dog, Troy. Charlie escapes on ship, eventually meeting the Circe, a ship that carries a travelling circus, which Charlie joins. He is fascinated by the circus' lions, and after learning about how unhappy they are being in captivity, he decides to help them escape. He succeeds in getting them out of the circus, but now he must get them back to Africa, while finding out what happened to his parents, in an adventure that will take him across the world.

The books are, in order: