Literature / A Lion Among Men 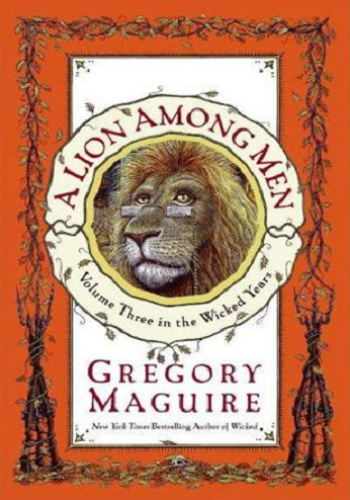 A Lion Among Men is the third novel of The Wicked Years series by Gregory Maguire. It revolves around a Lion named "Brr", better known as the Cowardly Lion.

In terms of plot, A Lion Among Men does little to move the overarching plot along. It starts out eight years after Son of a Witch and focuses on the Cowardly Lion's story.

There is a war brewing between the Emerald City and Munchkinland. Brrr finds himself caught in the middle of the war-zone when the book starts.

A Lion Among Men provides example of: